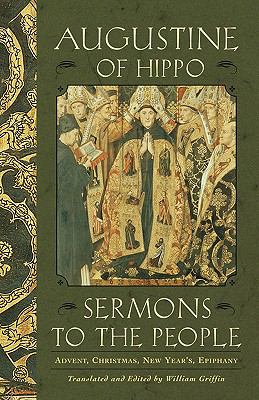 1 SERMO LI Advent BIRTHDAY OF CHRIST--INSOLUBLE PROBLEM OR INCREDIBLE DAY? How shall I address you, my dear Brothers and Sisters in Christ? What's the appropriate collective for a gathering of Christians? A Quorum or Quarum? A Choir or Quire? How about a Caritas, a Sanctitas, a Felicitas Ecclesiae? A Charity, a Sanctity, a Felicity Assembly? They have a nice ring, don't they? It's December, my dear Charity in Christ. As I reminded you the last time we met, Christmas is fast approaching. And now that Christ has aroused our seasonal expectations, He'll soon fulfill them all! But before I begin, may I offer my usual disclaimer. What I say here may appear to be mine, what with my mouthing the words and all, but as you know, nothing I say this morning is really mine. It's all God's, I assure you. The Apostle Paul said much the same thing in his Second to the Corinthians (4:6-7). The Word of God is stashed in shapely earthen vessels--that's us--but there's no mistaking a jar of clay for the Word of God. And only when the pot is opened--need I say it?--does the Word pour out. But I've digressed... Last year, do you remember Christmas morning? You came to celebrate the solemn feast. I was sermonizing about the thorny problems in the genealogies of Christ when a strange thing happened. I looked up, and you'd all dozed off. Well, of course, I stopped instantly, promising I'd return to the sermon at some point in the future. And then another strange thing happened. You all woke up. Happily, we continued the liturgy together. That day I prayed God I wouldn't forget my promise. Apparently, He's answered my humble petition. I've just remembered it, even if you didn't, and I'm ready to make good on my promise. As for today, there's no particular feast to commemorate, and I can only hope that you're ready to hear me finish the sermon. I'll make every effort to speak clearly--I promise you that. And you're going to make every effort to stay awake--you should promise me that. Last thing I want to do is speak to deaf hearts and dull souls. A further word. An ordinary day it may be on the church calendar, but it's also right smack in the middle of the December gladiatorial schedule. It's no wonder, then, that the church is only half full. The rest of you must be in the amphitheater, looking more for entertainment than salvation. I could say--They've given themselves to games of the Flesh, as it were, but have yet to pay attention due to games of the Truth!--but I won't. Ah well, for their salvation as much for ours, let's pray to God without distractions of any kind. Now I know some of you dear folk won't join me in this prayer. I know for a fact that there are among you those who hate the gamers as much as the games themselves. Why? Because they're breaking down the good habits they've labored a lifetime to build up. We human beings are funny that way. One moment we're up; the next moment we're down. Tears of joy when we're right; tears of sorrow when we're wrong. All that's very well, and such may be the cycle of life, but a certain steadiness of hand is required. After all, the Lord'd have us remember that the person who begins well doesn't always end up well. The Evangelist Matthew noted what He actually said. "The person who sticks it out to the end--sometimes to the bitter end--that's the person who'll be saved" (10:22). BLOODY GAMES AND BLOODY MARTYRS At best, the games are frivolous; at worst, frightening. Nonetheless, Christ has always wanted to shepherd back to His fold two groups of wandering sheep. The spectators who took great pleasure in them, and the gladiators themselves who made the games so riotous. Could the Lord Jesus Christ--Son of God, yes, but not unwilling to become the Son of Man--do anything more admirable, more magnificent than this, gathering those up in the amphitheater seats as well as thoAugustine, Saint is the author of 'Sermons to the People Advent, Christmas, New Year'S, Epiphany', published 2002 under ISBN 9780385503112 and ISBN 0385503113.