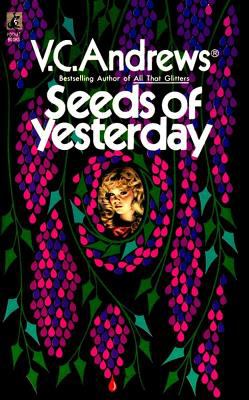 Foxworth Hall And so it came to pass the summer when I was fifty-two and Chris was fifty-four that our mother's promise of riches, made long ago when I was twelve and Chris was fourteen, was at last realized.We both stood and stared at that huge, intimidating house I'd never expected to see again. Even though it was not an exact duplicate of the original Foxworth Hall, still I quivered inside. What a price both Chris and I had paid to stand where we were now, temporary rulers over this mammoth house that should have been left in charred ruins. Once, long ago, I'd believed he and I would live in this house like a princess and prince, and between us we'd have the golden touch of King Midas, only with more control.I no longer believed in fairy tales.As vividly as if it had happened only yesterday, I remembered that chill summer night full of mystical moonlight and magical stars in a black velvet sky when we'd first approached this place, expecting only the best to happen. We had found only the worst.At that time Chris and I had been so young, innocent and trusting, believing in our mother, loving her, believing as she led us and our five-year-old twin brother and sister through the dark and somehow scary night, to that huge house called Foxworth Hall, that all our future days would be colored green for wealth and yellow for happiness.What blind faith we'd had when we tagged along behind.Locked away in that dim and dreary upstairs room, playing in that dusty, musty attic, we'd sustained our selves by our belief in our mother's promises that someday Foxworth Hall and all its fabulous riches would be ours. However, despite all her promises, a cruel and heartless old grandfather with a bad but tenacious heart refused to stop beating in order to let four young and hopeful hearts live, and so we'd waited, and waited, until more than three long, long years passed, and Momma failed to keep her promise.And not until the dayshedied -- and her will was read -- did Foxworth Hall fall under our control. She had left the mansion to Bart, her favorite grandson, my child by her own second husband, but until he was twenty-five, the estate was held in trust by Chris.Foxworth Hall had been ordered reconstructed before she moved to California to find us, but it wasn't until after her death that the final touches were completed on the new Foxworth Hall.For fifteen years the house stood empty, overseen by caretakers legally supervised by a staff of attorneys who had either written or called Chris long distance to discuss with him the problems that arose. A waiting mansion, grieving, perhaps, waiting for the day when Bart decided he'd go there to live, as we'd always presumed one day he'd do. Now he was offering this house to us for a short while, to be our own until he arrived and took over.There was always a catch in every lure offered, whispered my ever-suspicious mind. I felt the lure now, reaching out to ensnare us again. Had Chris and I traveled such a long road only to come full circle, back to the beginning?What would be the catch this time?No, no, I kept telling myself, my suspicious, everdoubting nature was getting the better of me. We had the gold without the tarnish...we did! We did have to realize our just rewards some day. The night was over -- our day had finally come, and we were now standing in the full sunlight of dreams come true.To actually be here, planning to live in that restored home, put sudden familiar gall in my mouth. All my pleasure vanished. I was actually realizing a nightmare that wouldn't vanish when I opened my eyes.I threw off the feeling, smiled at Chris, squeezed his fingers and stared at the restored Foxworth Hall, risen from the ashes of the old, to confront and confound us again with its majesty, its formidable size, its sense of abiding evil, its myriad windows with their black shutters like heavy lids over stony dark eyes. It loomeAndrews, V. C. is the author of 'Seeds of Yesterday' with ISBN 9780671729486 and ISBN 0671729489.