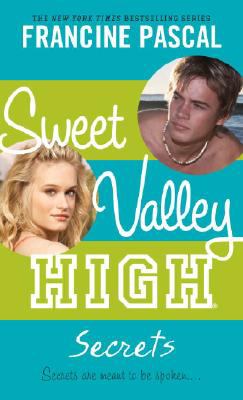 CHAPTER 1 Jessica Wakefield smoothed the front of her new Hawaiian-print Roxy dress and held her head high as she strode along the outdoor walkway to her locker at Sweet Valley High. She heard a couple of giggles as she passed by a group of sophomores, but couldn't tell exactly whom they'd come from, so she just shot the whole group a look of death until they all clammed up; then she kept right on walking. Sooner or later the chatter about what had happened to her last Saturday night was going to die down, and if Jessica had anything to say about it, it would be sooner rather than later. Her best friends, Cara Walker and Lila Fowler, stood near the wall up ahead, their heads bent together as they chatted happily. Friendly faces. Thank God. "Hey, guys!" Jessica called out, grabbing her lock. Cara instantly closed her cell phone and shoved it behind her back, looking guilty. "What was that?" Jessica asked suspiciously. "Oh, nothing," Cara said. She turned to her own locker mirror to check her long, dark hair. Then she glanced sidelong at Lila and they both cracked up. "You haven't deleted the pictures yet, have you," Jessica accused Cara, whipping open her locker. "Cara! You promised me you'd get rid of them!" "We're sorry, Jess, but come on," Lila said, taking Cara's phone out of her hand. "These are hilarious." She held out the phone with her perfectly manicured fingers, as if Jessica really wanted to see how Cara had caught the worst moment of her life on her camera phone. She glanced over, thinking maybe it hadn't been as bad as she recalled, and there she was, pulling herself out of the Sweet Valley High School pool, fully clothed, with black mascara running down her face. In the background, a couple of kids laughed as if they were about to bust something. Nope. It was just as bad as she remembered. "I swear, if that little stunt Elizabeth pulled keeps me from getting nominated for homecoming queen, I am going to take pictures of her in the shower and post them on her precious little blog," Jessica ranted, shoving a couple of books into her locker and closing it with a bang. "God, Jess. Take a joke," Lila said, rolling her big brown eyes. She fished in her Louis Vuitton backpack for a pot of lip gloss and nudged Cara aside so that she could see her reflection while she applied. "Besides, half the school still thinks it was Liz who got dunked, not you. There's no way you don't make homecoming court." Jessica sighed and looked in her locker mirror. Her shoulder-length blond hair looked perfect, not a strand out of place, and her new blue eyeliner really brought out her stunning Pacific blue eyes. The gold lavaliere necklace she always wore-a present from her parents on her sixteenth birthday-fell just above the neckline of her new dress. She looked perfect today, she knew. But homecoming court votes were already in. Looking perfect today wouldn't help her. "You know, technically, we should still dump Liz in the pool," Cara pointed out, her green eyes thoughtful. "The tradition is that the Insider columnist gets dunked, right? Well, Liz is the Insider columnist, but she made us all believe you were her so that you would get dunked. Ergo, she needs to get wet." Jessica smirked. "I like the way you think, Cara Walker." "Since when do you say 'ergo'?" Lila asked, a tiny wrinkle in her otherwise beautiful tan brow. "Since I started taking that SAT course," Cara responded with a sniff. "Attention, students!" Principal Cooper's voice suddenly boomed over the PA system. "We have your results for this year's homecoming court." "Omigod! This is it!" Jessica gasped, grabbing Lila's and Cara's arms. A sizzle of anticipation raced through the warm California air. Most of the people in the outdoor haWilliam, Kate is the author of 'Secrets (Sweet Vallley High Series #2)', published 2008 under ISBN 9780440422631 and ISBN 0440422639.