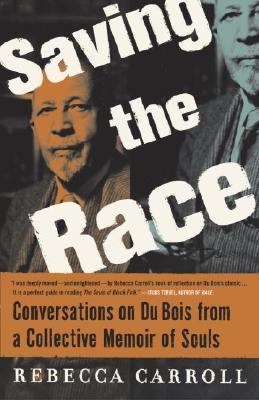 Chapter One NO GENERATION REMOVED . . . NO PEOPLE A GENERATION REMOVED FROM SLAVERY CAN ESCAPE A CERTAIN UNPLEASANT RAWNESS AND GAUCHERIE, DESPITE THE BEST OF TRAINING. --"Of the Training of Black Men" On a brisk autumn day in 1978, my best friend and I ran around the playground during recess, joyfully winded, pushing and pulling, giggling out loud. The fifth-grade class in our small-town elementary school was split into two sections, taught by two different teachers: Mrs. Emerson, known as "the nice one," and Mrs. James, known as "the mean one." My best friend almost since birth, Leah, had Mrs. Emerson, and I had Mrs. James. Recess was the one time that Leah and I were able to play together, and we waited for the twenty-minute break each day for that reason alone. On this particular day, Mrs. James was the teacher on recess duty. I never thought she was all that bad. I was a good student, engaged and outgoing. As far as I could tell, I was in decent standing with Mrs. James. She could lose her temper, but she'd never lost it at me. After a straight, plain, satisfying game of tag, Leah and I dashed up to the dirt mound that served as a watch point overlooking the playground, where Mrs. James stood. Maybe we wanted to say hello, or to win brownie points. I don't remember. Mrs. James, with her thick hands crammed inside a fur muff and a weighty wool coat buttoned up to her chin as small puffs of visible breath drifted from her broad frame, studied us fixedly. "You're a very pretty girl, Leah," she said. Indeed a pretty girl, Leah grinned, pleased, her cheeks rosy and taut, her teeth chattering slightly. "And you're very pretty, too, Becky," she said, imparting a clear, frank glance, "for a black girl." It wasn't the content of what Mrs. James said, as I had no earthly idea what being "pretty, for a black girl" meant. It was her tone, the implication of which very abruptly set out clear and present boundaries as to what was okay to be and what was not okay to be. I was fully aware of having brown skin, but I had never felt inferior because of it. This was the first time in my life that I realized it would close doors to me. Not only close doors but slam them. It felt horrible, and so completely, instinctively wrong. Sure, it was wrong to talk during class, but this, this strange, loaded, and seemingly uniform remark, felt wrong. In the opening essay of The Souls of Black Folk, "Of Our Spiritual Strivings," Du Bois writes of an experience similar in its swift and utter decimation of youthful spirit. In the "wee wooden schoolhouse" that he attended as a child, one who, coincidentally, also grew up in New England, the schoolchildren decide to buy and exchange greeting cards as a way of getting to know one another. "The exchange was merry," Du Bois recalls, until one of the girls refused to accept his card--"refused it peremptorily." It was then that Du Bois realized "with a certain suddenness" that he was different from the other children, and would then forever be "shut out from their world by a vast veil." In the statement that opens this essay--"no people a generation removed from slavery can escape a certain unpleasantness and gaucherie, despite the best of training"--Du Bois is making specific reference to the odds of lasting success and mainstream assimilation for "Negro college-bred men" in the early 1900s, indicating a kind of self-awareness among them that allowed for an understanding of their limitations, given the context in which they were trying to achieve any success at all. But I thought of the quote more in terms of how slavery has produced this inescapable strain that courses through the veins of every subsequent generation of people--black, white, and other--in varyingCarroll, Rebecca is the author of 'Saving the Race Conversations abount Dubois from a Collective Memoir of Souls', published 2004 under ISBN 9780767916196 and ISBN 0767916190.