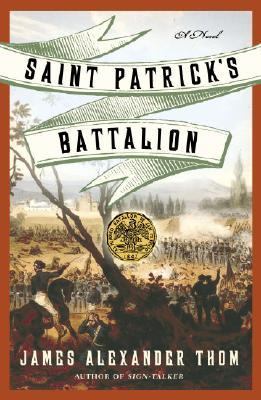 CHAPTER I Agustin Juvero Speaks to the American Journalist on the Pilgrimage Road There in the shade by the wall is a bench. Let us sit on it so that I need not look up at you while I talk. Eventually looking up hurts my neck. And as you can see, I cannot stand as tall as you. Bueno, y que? Please let me taste what you carry in your flask. Thank you. Uf! This Norteamericano liquor is so bad, I might almost leave some! But no, I will drink it all, in order not to insult you in my country. Salud! What you want from me you will have to take in the way I give it. I will talk, you will listen. You may not mitigate my story with quibbles or protestations, for I cannot hear them. As you know, I am deaf. From your guns, when your soldiers came here. The one good part of deafness is that I can say all I want without hearing interruptions. All I hear since your guns fourteen years ago is inside my head, like the scream of an eagle and the roar of the ocean. I can feel church bells, but not hear them. So, Senor Periodista. Here is what I tell people like you, so that you can be comfortable looking at me, and we can smile and be at ease together: When I was small boy, I was taller than I am now as a man. Aunque parezca extrano? Funny enough? It goes better if we are amused. If not, it goes nowhere. So! A new war is beginning, up in your country! It is a matter of much interest to us, if not all a matter of delight. We are satisfied that you deserve it. No, forgive me. Your President Polk deserves it, but he is already dead anyway. Your new president does not deserve it, I suppose. It is to be seen whether he will earn such desserts. Vale! Providence sees to it that there are enough wars, say two or three in a man's lifetime if he lives through them, that the human race doesn't forget how to murder on a grand scale. Practice is always needed. God forbid that wars should be fought by beginners only, or that weapons should rust, or wounds fully heal, or that women should be denied the rich emotion of lamenting lost sons to compensate for the pain of giving them birth. Your war now gathering up there promises to be an enormous event, which will solve some long-festering problems, and create new ones. We in Mexico know that is always the case. I have read in your newspapers of your armies forming under generals who learned war right in this Valley of Mexico. Many of them who fought shoulder-to-shoulder against us will now fight face-to-face against each other. How they must be remembering, dreading, anticipating! Senor, I am a scholar of American wars. But we were to talk of me. You were told that I am one of Los Ninos Heroes of Chapultepec, eh? True. I was one who survived. Thirty-five cadets were captured. Three of us were severely wounded. Five boys died on your bayonets, and one leaped from the castle with our flag to prevent its capture, and died far below. I meant to die with those. Unhappily, I lived. As I did not expect. As no one expected. It was not God's will for me to die that day. That is a mystery. I was deafened by shell bursts, I was bayoneted, my legs were shot off. I received el viatico sacramento. After the rites, however, I failed to die. So it would seem that I am prepared to do so if it occurs, and I have no fear, therefore. Si, Senor Reportero, some say I deserve to be honored among those who gave their young lives, because I earned the last rites. That would be una cuestion formal, a technicality of law. Likewise it was a technicality of law that determined the fate of our beloved Coronel Don Juan Riley, he of your other story besides mine. What a remarkable coincidence it is tThom, James Alexander is the author of 'Saint Patrick's Battalion ' with ISBN 9780345445568 and ISBN 0345445562.