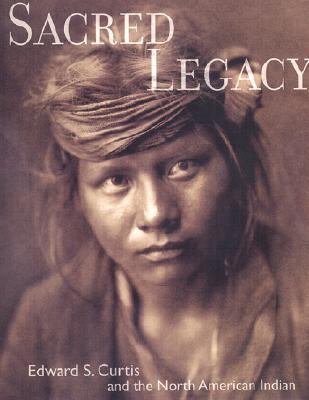 Foreword N. Scott MomadayPhotography, at its best, is authentic art, an expression of the creative imagination informed by an original perception of the world. It is said that the camera, by virtue of its very presence, alters reality. Too often a photograph is simply the static record of an image -- an object, a figure, a place -- in bare definition. A photograph commonly records a facade, the surface of a moment, a nick of geologic time. And as such it is necessarily a distortion, a kind of visible plane beyond which we cannot see. But in the hands of an extraordinary artist the camera can penetrate to a deeper level. For Edward Sheriff Curtis the camera was truly a magic box, a precision instrument that enabled him to draw with light, to transcend the limits of ordinary vision, to see into the shadows of the soul. It is not by accident that he was called by his American Indian subjects "Shadow Catcher."Some years ago I purchased a Curtis photograph of Plains Indians on horseback, moving with travois across an immense landscape of grasses. I had recently written The Way to Rainy Mountain, a story from oral tradition of the migration my Kiowa ancestors made from the Yellowstone to the Southern Plains, the last migration of the last culture to evolve in North America. I had not seen the photograph before. It struck me with such force that tears came to my eyes. I felt that I was looking into a memory in my blood. Here was a moment lost in time, a moment I had known only in my imagination, suddenly verified, an image immediately translated from the mind's eye to the picture plane. More even than that, it was the evocation of a timeless and universal journey and of the spirit of a people moving inexorably toward a destiny. There is a quality to the image, the composition, the invisible plane beyond the surface of the scene that is ineffable. It is a quality that informs the greatest art, and it is the standard in the Curtis photographs.Taken as a whole, the work of Edward Curtis is a singular achievement. Never before have we seen the Indians of North America so close to the origins of their humanity, their sense of themselves in the world, their innate dignity and self-possession. These photographs comprehend more than an aboriginal culture, more than a prehistoric past -- more, even, than a venture into a world of incomparable beauty and nobility. Curtis's photographs comprehend indispensable images of every human being at every time in every place. In the focus upon the landscape of the continent and its indigenous people, a Curtis photograph becomes universal. Edward Curtis preserved for us the unmistakable evidence of our involvement in the universe. Curtis was acutely alive to evanescence; indeed, in a real sense it is his subject. The portraits here are of people whose way of life is coming rapidly to an end. We see the full awareness of this in their eyes. And yet these visages are not to be defined in terms of despair. Rather, there is a general information of fortitude, patience, and something like assent, and above all composure and valor. In the face of such a man as Slow Bull, for example, there seem etched the very principles of the warrior ideal: bravery, steadfastness, generosity, and virtue. We do not doubt that he is real in his mind and heart, in his word and in his vision. The same can be said of the portraits of Red Cloud, Chief Joseph, and Bear's Belly -- in his bear robe -- there is an amalgam of man and wilderness, an equation that is a definition of the American Indian in relation to nature. And yet, in all of these photographs there is a privacy so profound as to be inviolable. A Navajo weaver sits at her loom before a canyon wall. She is a silhouette; her loom is a geometry that seems essential to her being, organic, the extension of her hands into the earth itself. A young girl in her finery stands before her play tipi; she is every young girl who haCurtis, Edward S. is the author of 'Sacred Legacy: Edward S. Curtis and the North American Indian' with ISBN 9780743203746 and ISBN 0743203747.