Rural Studio Samuel Mockbee and an Architecture of Decency 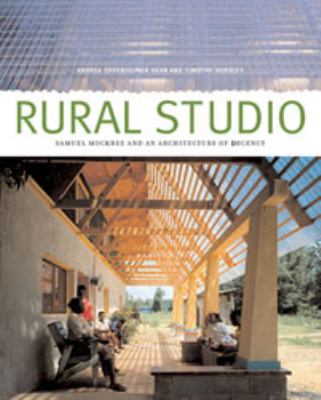 For almost ten years, Samuel Mockbee, a recent MacArthur Grant recipient, and his architecture students at Auburn University have been designing and building striking houses and community buildings for impoverished residents of Alabama's Hale County. Using salvaged lumber and bricks, discarded tires, hay and waste cardboard bales, concrete rubble, colored bottles, and old license plates, they create inexpensive buildings that bear the trademark of Mockbee's work, which he describes as "contemporary modernism grounded in Southern culture." In a time of unexampled prosperity, when architectural attention focuses on big, glossy urban projects, the Rural Studio provides an alternative of substance. In addition to being a social welfare venture, the Rural Studio--"Taliesin South" as Mockbee calls it--is also an educational experiment and a prod to the architectural profession to act on its best instincts. In giving students hands-on experience in designing and building something real, it extends their education beyond paper architecture. And in scavenging and reusing a variety of unusual materials, it is a model of sustainable architecture. The work of Rural Studio has struck such a chord-both architecturally and socially--that it has been featured on Oprah, Nightline, and CBS News, as well as in Time and People magazines. The Studio has completed more than a dozen projects, including the Bryant "Hay Bale" House, Harris "Butterfly" House, Yancey Chapel, Akron Chapel, Children's Center, H.E.R.O. Playground, Lewis House, Super Sheds and Pods, Spencer House addition, Farmer's Market, Mason's Bend Community Center, Goat House, and Shannon-Dutley House. These buildings, along with the incredible story of the Rural Studio, the people who live there, and Mockbee and his student architects, are detailed in this colorful book, the first on the subject. "I tell my students, it's got to be warm, dry, and noble"--Samuel MockbeeDean, Andrea Oppenheimer is the author of 'Rural Studio Samuel Mockbee and an Architecture of Decency', published 2002 under ISBN 9781568982922 and ISBN 1568982925.