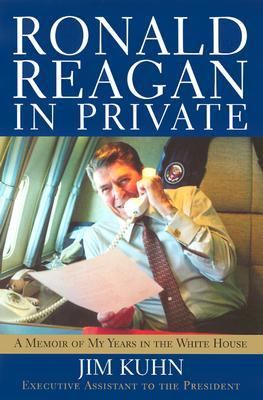 Geneva and the Battle of the Coat No one said much as we stood behind the glass front doors in the atrium of Chateau Fleur d?Eau, an imposing lakeside chateau in Geneva, Switzerland, on that overcast, chilly November morning in 1985. The president seemed calm, but preoccupied. His foreign-policy team-Secretary of State George Schultz and National Security Adviser Bud McFarlane-and White House Chief of Staff Don Regan stood uneasily near by. Reagan clearly wasn't in the mood to make one of his well-timed jokes that had so often diffused a tense situation. Soviet General Secretary Mikhail Sergeyevich Gorbachev, we had been told, was enroute from the Soviet diplomatic mission in Geneva, where he was staying. So much depended on this encounter between the Cold War warrior and his younger Soviet counterpart. It would be the first top-level U.S.-Soviet meeting in more than six years. For weeks, there had been speculation about the first meeting between the 74-year-old Reagan and his 54-year-old counterpart, who had come to power in the Soviet Union the previous March. Many wondered whether Reagan would be able to hold his own with this dynamic new breed of Soviet leader, who had been winning raves worldwide, even from Reagan's friend, British Prime Minister Margaret Thatcher. The plan was for Reagan to go out and greet Gorbachev as he stepped out of his limo, shake his hand, escort him up the short flight of stairs, and then the duo would pause for photographs before entering the chateau. Once inside, they were scheduled to meet privately for 20 minutes before being joined by their negotiators to discuss U.S.- Soviet relations. Gorbachev's motorcade was 10 minutes away, we were told. President Reagan asked his chief valet, Eddie Serrano, for his coat and scarf. Hearing the president's request, I suddenly got a sick feeling in my stomach. We had a problem. We had arrived in Geneva just after 10 a.m. on Nov. 17 for the three-day summit. Flying over on Air Force One, what I remember most are the high spirits of the first lady. Usually tightly wound, Mrs. Reagan was in the best mood I had ever seen her in: She was relaxed, even joyous. For years, Reagan had been making overtures to the Soviets, and he had told his foreign-policy advisers to let him know when the Soviets were ready for a constructive dialogue. But Mrs. Reagan had also privately urged her husband toward the goal of ending the Cold War, saying that he couldn't wait for the Soviets to get fully ready. She had lived through enough of the Cold War to believe passionately that it had to end, and that her husband could play a major role in ending it. She wanted that to be part of the legacy of the Reagan presidency. And it was my sense that on the flight to Geneva, she could see her hopes and dreams starting to come to fruition. The president had prepared thoroughly for the meetings with Gorbachev. He had been briefed for many hours and reviewed mountains of briefing materials in the White House residence and at Camp David in the evenings and on weekends. Usually, from an overall domestic and foreign-policy standpoint, Reagan believed his aides gave him too much paperwork. ?Jim, they're telling me more than I need to know,? he would say in exasperation to me. He didn't need all the details, he told me. Since he had a very clear vision of where he wanted to take the country, he always knew what the outcome should be, and he wanted to stay focused on the implementation of his domestic and foreign policy agendas. Reagan also believed that change was good, especially if it came to the role of the federal government. ?That's why we're here,? he frequently reminded members of his Cabinet and others. But this time was an exception and Reagan recognized that detailed information was important in terms of negotiating with the Soviets. Throughout his presidency, Reagan had been making overtures to the SoKuhn, Jim is the author of 'Ronald Reagan In Private A Memoir of My Years in the White House', published 2004 under ISBN 9781595230089 and ISBN 1595230084.