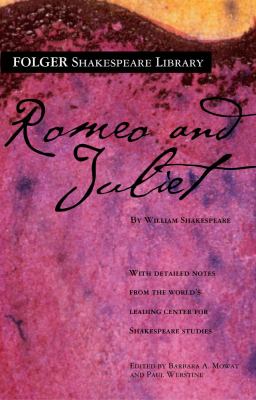 Shakespeare's Life Surviving documents that give us glimpses into the life of William Shakespeare show us a playwright, poet, and actor who grew up in the market town of Stratford-upon-Avon, spent his professional life in London, and returned to Stratford a wealthy landowner. He was born in April 1564, died in April 1616, and is buried inside the chancel of Holy Trinity Church in Stratford.We wish we could know more about the life of the world's greatest dramatist. His plays and poems are testaments to his wide reading -- especially to his knowledge of Virgil, Ovid, Plutarch, Holinshed's Chronicles, and the Bible -- and to his mastery of the English language, but we can only speculate about his education. We know that the King's New School in Stratford-upon-Avon was considered excellent. The school was one of the English "grammar schools" established to educate young men, primarily in Latin grammar and literature. As in other schools of the time, students began their studies at the age of four or five in the attached "petty school," and there learned to read and write in English, studying primarily the catechism from the Book of Common Prayer. After two years in the petty school, students entered the lower form (grade) of the grammar school, where they began the serious study of Latin grammar and Latin texts that would occupy most of the remainder of their school days. (Several Latin texts that Shakespeare used repeatedly in writing his plays and poems were texts that schoolboys memorized and recited.) Latin comedies were introduced early in the lower form; in the upper form, which the boys entered at age ten or eleven, students wrote their own Latin orations and declamations, studied Latin historians and rhetoricians, and began the study of Greek using the Greek New Testament.Since the records of the Stratford "grammar school" do not survive, we cannot prove that William Shakespeare attended the school; however, every indication (his father's position as an alderman and bailiff of Stratford, the playwright's own knowledge of the Latin classics, scenes in the plays that recall grammar-school experiences -- for example, The Merry Wives of Windsor, 4.1) suggests that he did. We also lack generally accepted documentation about Shakespeare's life after his schooling ended and his professional life in London began. His marriage in 1582 (at age eighteen) to Anne Hathaway and the subsequent births of his daughter Susanna (1583) and the twins Judith and Hamnet (1585) are recorded, but how he supported himself and where he lived are not known. Nor do we know when and why he left Stratford for the London theatrical world, nor how he rose to be the important figure in that world that he had become by the early 1590s.We do know that by 1592 he had achieved some prominence in London as both an actor and a playwright. In that year was published a book by the playwright Robert Greene attacking an actor who had the audacity to write blank-verse drama and who was "in his own conceit [i.e., opinion] the only Shake-scene in a country." Since Greene's attack includes a parody of a line from one of Shakespeare's early plays, there is little doubt that it is Shakespeare to whom he refers, a "Shake-scene" who had aroused Greene's fury by successfully competing with university-educated dramatists like Greene himself. It was in 1593 that Shakespeare became a published poet. In that year he published his long narrative poem Venus and Adonis; in 1594, he followed it with The Rape of Lucrece. Both poems were dedicated to the young earl of Southampton (Henry Wriothesley), who may have become Shakespeare's patron.It seems no coincidence that Shakespeare wrote these narrative poems at a time when the theaters were closed because of the plague, a contagious epidemic disease that devastated the population of London. When the theaters reopened in 1594, Shakespeare appaShakespeare, William is the author of 'Romeo and Juliet ', published 2004 under ISBN 9780743482806 and ISBN 0743482808.