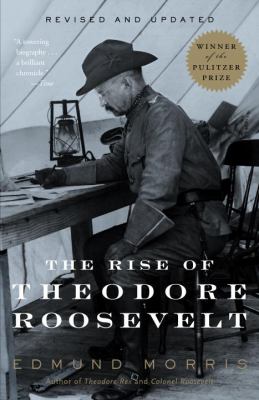 Chapter 1 The Very Small Person Then King Olaf entered, Beautiful as morning, Like the sun at Easter Shone his happy face. On the late afternoon of 27 October 1858, a flurry of activity disturbed the genteel quietness of East Twentieth Street, New York City. Liveried servants flew out of the basement of No. 28, the Roosevelt brownstone, and hurried off in search of doctors, midwives, and stray members of the family-a difficult task, for it was now the fashionable visiting hour. Meanwhile Mrs. Theodore Roosevelt lay tossing in her satinwood bed, awaiting the arrival of her second child and first son. Gaslight was flaring on the cobbles by the time a doctor arrived. The child was born at a quarter to eight, emerging so easily that neither chloroform nor instruments were needed. "Consequently," reported his grandmother, "the dear little thing has no cuts nor bruises about it." Theodore Roosevelt, Junior, was "as sweet and pretty a young baby as I have ever seen." Mittie Roosevelt, inspecting her son the following morning, disagreed. She said, with Southern frankness, that he looked like a terrapin. Apart from these two contradictory images, there are no further visual descriptions of the newborn baby. He weighed eight and a half pounds, and was more than usually noisy. When he reappears in the family chronicles ten months later, he has acquired a milk-crust and a nickname, "Teedie." At eighteen months the milk-crust has gone, but the nickname has not. He is now "almost a little beauty." Scattered references in other letters indicate a bright, hyperactive infant. Yet already the first of a succession of congenital ailments was beginning to weaken him. Asthma crowded his lungs, depriving him of sleep. "One of my memories," the ex-President wrote in his Autobiography, "is of my father walking up and down the room with me in his arms at night when I was a very small person, and of sitting up in bed gasping, with my father and mother trying to help me." Even more nightmarish was the recollection of those same strong arms holding him, as the Roosevelt rig sped through darkened city streets, forcing a rush of air into the tiny lungs. Theodore Roosevelt, Senior, was no stranger to childhood suffering. Gifted himself with magnificent health and strength-"I never seem to get tired"-he overflowed with sympathy for the small, the weak, the lame, and the poor. Even in that age when a certain amount of charitable work was expected of well-born citizens, he was remarkable for his passionate efforts on behalf of the waifs of New York. He had what he called "a troublesome conscience." Every seventh day of his life was dedicated to teaching in mission schools, distributing tracts, and interviewing wayward children. Long after dark he would come home after dinner at some such institution as the Newsboys' Lodging-House, or Mrs. Sattery's Night School for Little Italians. One of his prime concerns, as a founder of the Children's Aid Society, was to send street urchins to work on farms in the West. His charity extended as far as sick kittens, which could be seen peeking from his pockets as he drove down Broadway. At the time of Teedie's birth, Theodore Senior was twenty-seven years old, a partner in the old importing firm of Roosevelt and Son, and already one of the most influential men in New York. Handsome, wealthy, and gregarious, he was at ease with millionaires and paupers, never showing a trace of snobbery, real or inverse, in his relations with either class. "I can see him now," remembered a society matron years later, "in full evening dress, serving a most generous supper to his newsboys in the Lodging-House,Morris, Edmund is the author of 'Rise of Theodore Roosevelt' with ISBN 9780375756788 and ISBN 0375756787.