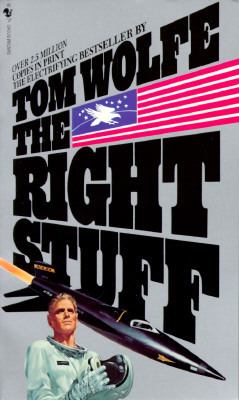 The Angels Within five minutes, or ten minutes, no more than that, three of the others had called her on the telephone to ask her if she had heard that something had happened out there. "Jane, this is Alice. Listen, I just got a call from Betty, and she said she heard something's happened out there. Have you heard anything?" That was the way they phrased it, call after call. She picked up the telephone and began relaying this same message to some of the others. "Connie, this is Jane Conrad. Alice just called me, and she says something's happened..." Something was part of the official Wife Lingo for tiptoeing blindfolded around the subject. Being barely twenty-one years old and new around here, Jane Conrad knew very little about this particular subject, since nobody ever talked about it. But the day was young! And what a setting she had for her imminent enlightenment! And what a picture she herself presented! Jane was tall and slender and had rich brown hair and high cheekbones and wide brown eyes. She looked a little like the actress Jean Simmons. Her father was a rancher in southwestern Texas. She had gone East to college, to Bryn Mawr, and had met her husband, Pete, at a debutante's party at the Gulph Mills Club in Philadelphia, when he was a senior at Princeton. Pete was a short, wiry, blond boy who joked around a lot. At any moment his face was likely to break into a wild grin revealing the gap between his front teeth. The Hickory Kid sort, he was; a Hickory Kid on the deb circuit, however. He had an air of energy, self-confidence, ambition, joie de vivre. Jane and Pete were married two days after he graduated from Princeton. Last year Jane gave birth to their first child, Peter. And today, here in Florida, in Jacksonville, in the peaceful year 1955, the sun shines through the pines outside, and the very air takes on the sparkle of the ocean. The ocean and a great mica-white beach are less than a mile away. Anyone driving by will see Jane's little house gleaming like a dream house in the pines. It is a brick house, but Jane and Pete painted the bricks white, so that it gleams in the sun against a great green screen of pine trees with a thousand little places where the sun peeks through. They painted the shutters black, which makes the white walls look even more brilliant. The house has only eleven hundred square feet of floor space, but Jane and Pete designed it themselves and that more than makes up for the size. A friend of theirs was the builder and gave them every possible break, so that it cost only eleven thousand dollars. Outside, the sun shines, and inside, the fever rises by the minute as five, ten, fifteen, and, finally, nearly all twenty of the wives join the circuit, trying to find out what has happened, which, in fact, means: to whose husband. After thirty minutes on such a circuit this is not an unusual morning around here a wife begins to feel that the telephone is no longer located on a table or on the kitchen wall. It is exploding in her solar plexus. Yet it would be far worse right now to hear the front doorbell. The protocol is strict on that point, although written down nowhere. No woman is supposed to deliver the final news, and certainly not on the telephone. The matter mustn't be bungled! that's the idea. No, a man should bring the news when the time comes, a man with some official or moral authority, a clergyman or a comrade of the newly deceased. Furthermore, he should bring the bad news in person. He should turn up at the front door and ring the bell and be standing there like a pillar of coolness and competence, bearing the bad news on ice, like a fish. Therefore, all the telephone calls from the wives were the frantic and portentous beating of the wings of the death angels, as it were. When the final news cWolfe, Tom is the author of 'Right Stuff', published 1983 under ISBN 9780553275568 and ISBN 0553275569.