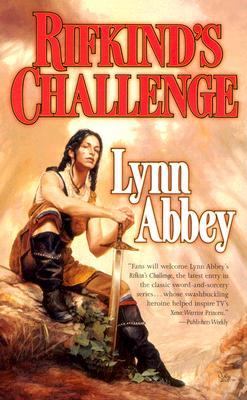 Chapter One The brilliant orange sun sank toward the broad horizon of the Asheeran steppe. Sensing that another day had passed without a lightstorm, men and women emerged from a cluster of squat, round tents to begin their daily tasks. With shrieks of delight, a knot of children began a vicious game of tag with sticks and a fist-sized leather ball while their elders looked to their chores. Though winter had ebbed and the snow had melted down to crescents, the air remained cold and dry with a stiff breeze from the south. Dust clouds hung in the near distance both east and west of the tents. In the west, ocher dust hung over the camp of a caravan enjoying Asheeran hospitality on its northward journey. To the east, a larger cloud marked the clan's near herd, consisting of some seventy mares, yearlings, and two-year-olds. The horses roamed free; the bond between them and the clan was strong enough that they never wandered far. A smaller cloud marked the location of the sheep, which were equally important to the clan but eternally untreasured. Without the shepherds who braved the dangerous daylight hours to watch over them, sheep would wander to their deaths. When the sheep had been safely confined in a roped-off pen and dogs set to guard them for the night, the shepherds went their separate ways. Two of them disappeared behind the largest tent. When they reappeared, they each held a stick carved to match the graceful curve of the steppe warriors' steel swords. Not yet men and too old to be called children, the boyos strode past the knee-high mound of black stones that marked the clan's winter well. They walked until they came to a patch where the grass had been worn down to the soil. Without words, they heaped their cloaks and a lamb-sized water skin on the verge and began stretching and preening as young warriors had done since the beginning of time. One boyo stood a full head taller than his companion. He had reach and muscle to spare, and a mane of ruddy-brown hair that fought free of traditional Asheeran braids. His clothes were mostly leather and garnished with brass studs that glinted in the declining light. He leaned forward slightly as he walked, always in a hurry, always in the lead. He could not bear to follow or absorb an affront. The clan called him Cho, their word for "rust," because of his hair, rather than the name his mother had given him that was, at any rate, a foreign name. In a clan that could sing its bloodline back twelve generations, it was better to be called Rust than hailed by a foreign name. Asheerans would tolerate a foreigner, but never completely embrace him. Cho took his stick in a one-handed grip and gave it a pair of fast swings; then he used his boot knife to improve the curve. The other boyo watched and smiled. He was the clan chief's eldest son and his name, which had also belonged to his grandfather and his grandfather's grandfather, was Tyrokon. Tyrokon had the golden skin, the raven hair, and the anthracite eyes of the true Asheeran. A dozen or more gold beads were woven into his braids. His tunic was embroidered with crimson silk in ancient patterns that invited luck and wisdom. Before he'd learned to talk, he'd sat in his father's lap, absorbing wisdom as the chief rendered judgment. He rode like a burr on the wind, but his legs were too short for the rest of him and his ankles rolled when he walked. The infirmity didn't keep Tyrokon from lining up behind his practice sword or holding it in a way that said he had paid attention to his sword masters. Cho went on the attack without hesitation and, like Tyrokon, his stance showed that he'd learned his lessons well. The rust-haired boyo fought at every opportunity, with sticks or swords, anytime, anywhere, with cause or without. Most of theAbbey, Lynn is the author of 'Rifkind's Challenge ', published 2007 under ISBN 9780765352033 and ISBN 0765352036.