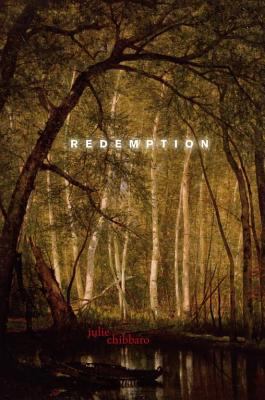 Chapter One I saw a bird dead once. It looked perfect, just lying on the ground on its side, its little claws curled up, one eye slightly ajar, the inside white. I ran my finger over its fat, puffed wing and tried not to disturb it. It seemed the bird might wake at any time.I picture my father this way.We live on a stony track, up a hill, on a small croft father earned singing to the people. Father is choirmaster for the village church, but in the eyes of Frere Lanther, he's a minister.I haven't seen my father for 8 months, 2 weeks, and 2 days.The prefect and the beadle pick their way up the track to our cottage with the law in their hands. They want the croft, the cottage, the stable, and the field back, they say, since mother is not the choirmaster. The choirmaster has deserted us, they say; and worse than that, mother took Frere Lanther in, which makes her, in the eyes of the law, a wicked person.In a low voice, mother says to them, "How many times do I have to tell you, I don't know any Frere Lanther." She shouts, "You take away my husband -- now you wish to take the rest?"The prefect's straight white hair sticks out from under his red cap. "We do not know what happened to your husband," he says, "that is your own business. All we know is you do not deserve to live on the baron's holdings." Crooked lines of sweat run through the white powder on his face. I smell the nervous humors of his body which twitches at mother's every shout like Mistress Knapp's lousey cur. For near this whole September month, these men and others have come by saying the same thing about the baron's holdings and Frere Lanther. Some hit mother; one time they took her into the cottage and locked me outside. I ran to the woodland and stayed there till it got dark.The beadle unravels the scroll of parchment in his hands and reads:"'Our Gracious Baron decrees that you'" -- he looks up at mother, then brings his shiny face down to me and smiles with his rot-blackened teeth -- "'relinquish this property to the use of Our King's proper servants.'"The beadle is older than the prefect, and has stains where his legs push forth from his purple hose and his gut from his green doublet. He is too tall and spindly to be anything.Mother draws me to her and stands with her arms crossed over my chest. She has done many things to rid us of these men -- slammed the door on them, waved our knife at them -- but that only angers them. Screaming is all she'll allow herself now, that and doing what Frere Lanther suggests."Without field and shelter, how am I going to care for my girl?" She hugs me closer.The prefect reaches out and pulls my hair, gently. "I could take her for you," he says to mother.She urges me round so I'm standing behind her. "No, you will not.""We could take both of you." They smile at each other."If you try, I will cut your tongues out and feed them to the pigs. No, I'll eat them myself, I'll roast them and eat them for breakfast."Frere Lanther has suggested we curse straight out at the men if they won't go away; he says this will confuse them, as we are believed to be far too pious for the common religious crowd. Mother says it is dangerous to provoke them, that we could easily be disemboweled and quartered for doing so, but it seems to work; the men look like someone has just poked them in their bungholes with a hot iron.The beadle stands up straight and blows as though he's been holding his breath under water. "You are vile," he says.Mother puts her hands to her hips.The prefect says, "We have another offer, since you are such a stubborn woman.""And what is that?""To take passage on the Adonis to the New World.""And die like my husband?"Yesterday, when Frere Lanther told us about the ship at the port, he asked mother to go, but she said those same words to him, so I know for sure my father is dead. Sleeping with white eyes like a bird."WeChibbaro, Julie is the author of 'Redemption', published 2004 under ISBN 9780689857362 and ISBN 0689857365.