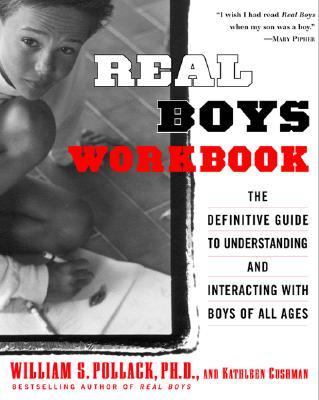 Chapter 1 Some Dos and Don'ts with Boys Shaming and How to Avoid It * Talking and Listening to Boys * How to Tell When Something's Wrong * Life with Boys: Adult Survival Strategies "I treated my two kids exactly the same," said Marianne. "But by the time my little boy was three years old, he acted so different from his older sister at that age!" Her daughter, Evie, always loved playing in a corner with a friend, "pretending" complex stories that they made up as they went along. Her son Gregory's play relationships, on the other hand, didn't seem to go any farther than knocking down towers of blocks and running around the house screaming like wild men. As Gregory got older, Marianne said, the differences between her children only became more pronounced. "I always swore that my son would be an exception, but I've learned my lesson," she laughed. "You know that rhyme about what little girls and little boys are made of? Well, at seven, Gregory's pretty much all nails and puppy-dog tails. He'd rather wrestle on the rug with his dad than talk to me about his problems at school. I know he needs my support just as much as Evie does, but it's so much easier for me to relate to Evie! I think I end up letting Gregory fend for himself more than I should." Boys are different from girls-partly because their biology is different, but more often because we unwittingly treat them differently from their earliest infancy in what we have described as the Boy Code. (See pages xxi-xxii.) Although there are important exceptions, as a group they tend to be more action-oriented, more confrontive, less quick to communicate verbally and more likely to hide their feelings of tenderness, hurt, or shame. Of course, boys are different from one another, too, as are girls. In fact, many girls share traits with some of the boys described in this book, or some boys may act in the same way girls might act. But as things stand right now in our culture, these patterns describe the ways many boys in fact behave and feel. It's normal that the boys in our lives often present us with problems we may not know how to handle. But there's also something very wrong. Our culture has developed a rigid code of behavior for boys-the Boy Code. If we fall into line with it and enforce it, we lose out on the pleasure of close connections with our boys, and they lose their own crucial rudder through life. The world we live in expects our boys to prematurely disconnect from other people and from their own feelings, in order to "stand on their own two feet." And even if we aren't the ones enforcing the unspoken rules, boys hear them everywhere-on television and on the playground, in school and at camp. But as caring adults-like Marianne-we can find ways to connect with our boys and give them the support they need to negotiate the hurdles of growing up. We can understand boys' developmental process, and know what a boy needs at each stage. We can listen and talk to boys without shaming them. We can create family rituals and school and sports programs that foster connection, trust, and supportive relationships. Knowing the difference between action and aggression, we can search for ways to encourage the positive and productive expressions of a boy's energy. Most of all, we can discover ways to relate to a boy so that he isn't left to "fend for himself," as Marianne put it. This chapter will introduce some key concepts in the Real Boys approach, along with some practical exercises to make those ideas work effectively for parents and teachers. SHAMING AND HOW TO AVOID IT "Should I worry that my little boy, Franklin, seems to need me so much?" asked Harriet. "He's afraid of the dark, and even with the light on, he cries at bedtime. I have to sit in his room until he falls asleep." At four, Franklin clingsPollack, William is the author of 'Real Boys Workbook The Definitive Guide to Understanding and Interacting With Boys of All Ages', published 2001 under ISBN 9780375755262 and ISBN 0375755268.