Readings in Gender and Culture in America 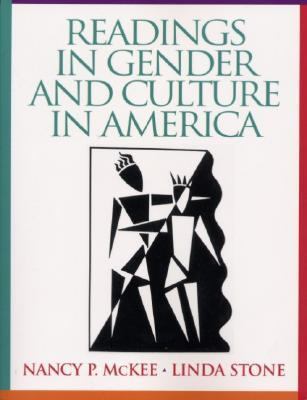 In 1999 Prentice Hall published the first edition of our bookGender and Culture in America,which we have used in an undergraduate course of the same name. The text presents an overall historical and ethnographic account of the events that shaped gender in the United States, not only for the heterosexual and white majority but also for persons of other sexual and ethnic identities. We found, however, that our students craved something more immediate. They wanted to explore some of the experiences of particular groups and persons from a more individual vantage point. Ethnographic perspectives and historical trends, they felt, were useful in presenting the overall picture, but they wanted to know what it felt like to be a Chinese American girl in the United States, or how university students thirty-five years ago experienced their education and planned for the future. In short, they wanted to be engaged with issues of American gender and culture in a more personal way. As if in response to student concerns, Larry Armstrong, our field editor and sales representative from Prentice Hall, suggested to us that we put together a reader to accompany our text. Readings in Gender and Culture in Americafollows the same general organization asGender and Culture in America.As with that book, anthropology is the primary informing discipline. Thus we take a comparative view of cultural and subcultural variation. The collection also takes a historical perspective, with the aim of illuminating the present by an understanding of the past. In this we follow the maxim of Alfred L. Kroeber, one of the founding fathers of American anthropology, who said, "Anthropology is history, or it is nothing." The contents are eclectic. Though the majority of the selections in this volume are articles drawn from scholarly books and journals, we have also included data from a recent study commissioned by a feminist advocacy group, excerpts from a classic ethnography, and several life history accounts, at least one of them best described as literature. Like most anthropologists, we take all accounts of human life and culture as grist for our mill. The collection moves from a theoretical overview of issues of American gender and culture to an exploration of topics concerning gender within the dominant U.S. population throughout American history. We then move to the role of gender among Americans of alternative sexual preference and identity, and then to gender issues among significant ethnic minority groups. The last topic explored before the conclusion is the role played by gender in charting a path through college and career. Though this reader is intended to accompany our book Gender and Culture in America and act as a supplement to it, the reader does not depend uponGender and Culture in Americaand can easily be used independently. Each chapter opens with an overview of the contents of the articles included in it. Each article is then preceded by an introduction and followed by several discussion questions. These questions may be used as stimuli for face-to-face or electronic exploration of the material, or they may be used for written work. Many of the articles are also accompanied by a key terms list, in which unfamiliar words, names, or other terms (listed in the order in which they first appear in the article) are defined. The key terms list accompanying Gloria Anzaldua's article, "La Conciencia de la Mestiza," contains complete translations of all the Spanish words, phrases, and sentences included in that article. We would like to acknowledge the assistance of the following people: Larry Armstrong, our Prentice Hall field editor and sales representative, who first suggested this collection to us; Lee Peterson, assistant to our editor, Nancy Roberts, who was always at the end of the telephone line to provide advice and answers; Edward C. Joyce, who suggested (and provided) one of the selections in thisMcKee, Nancy P. is the author of 'Readings in Gender and Culture in America', published 2001 under ISBN 9780130404855 and ISBN 0130404853.