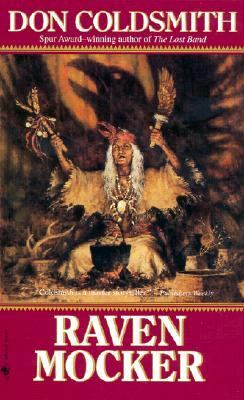 Chapter 1 The old woman woke and lay there for a few moments, not quite ready to face the day. It had been a chilly night, and her bones told her so, with the dull ache that seemed to settle nowhere . . . or everywhere. . . . She wasn't sure which. She'd need to get up in a little while to go and empty her bladder. Maybe she could catch just a little more sleep first. No, better not. . . . She gave a great sigh and raised to an elbow. It must be almost day, because she could see the outline of objects outside through the doorway of her little hut. She pulled herself up, her knees creaking just a bit as she rose to her full height. That was taller than most, even though she had shrunk down some in recent years. . . . Never thought a body could shrink that much. . . . Yet she'd managed to stay active. That had been a big effort sometimes, but it had worked. If you keep movin', they can't cover you up, the old granny had told her. That had been years ago, when she was a child. The granny woman had been her friend, one of her few. And she realized later that old Snakewater, the granny, had had very few friends either. People had been afraid of the wizened little woman. They came for her spells and potions but left as soon as they could, glancing back fearfully over one shoulder. They wanted and needed Snakewater's medicine but didn't really like her. Feared her; maybe even hated her. So Corn Flower, tall and gawky, a little girl with no friends, had been drawn toward the granny woman, short and wrinkled. They must have made quite a pair, the two of them. She smiled to herself, even now, as she thought how they must have appeared to others. She had spent more and more time with the "witch woman." It was exciting to know that this greatly feared person who had deep secrets, and powers given to few, was her friend. It gave a status and pride to young Corn Flower that she never could have achieved otherwise. Her mother had died almost before she could remember. Her father, an important man in the town, was usually busy with the other men. His new wife, Frog, had little use for an unwanted stepchild, and no objection at all to Corn Flower's absence, which by now was almost continuous. When, a few years later, Flower's father had been killed in a skirmish with white men, she simply moved her few possessions to the hut of old Granny Snakewater. That had been long ago. So long, in fact, that she could no longer remember her own age. The seasons seemed to follow each other in a rapidly accelerating sequence that became almost a blur. She had seen many people born, live their lives, and die. There was probably no one older in the whole nation of the Cherokees, she thought. Certainly none in this town. At least none she could think of. And her mind was clear. For that she was grateful. Corn Flower sighed again and shuffled outside, toward the customary area where she could attend to body functions. A little while on her feet . . . slowly, mobility returned. It was always that way, and had been for a long time. It took a little longer now. That was all. Granny Snakewater had given young Corn Flower her medicine before she passed on. It was a logical thing, not a decision. The younger woman had learned the use of the herbs and plants, the purpose of each, and the rituals involved in the search and harvest of the most important. Some could not even be gathered until seven had been located and the first six rejected. There had been very little instruction. Mostly merely a comment: No, not like that. . . . Do it this way. . . . Little praise either--usually just a nod and a tight smile when something was right. A frown when it was wrong. The last few seasons of her life, old Snakewater would often turn a request over to the younger woman: Here . . . Fix a potion for Little Dog, there . . . for the stomach. By the time Granny Snakewater died, her understuColdsmith, Don is the author of 'Raven Mocker' with ISBN 9780553294729 and ISBN 0553294725.