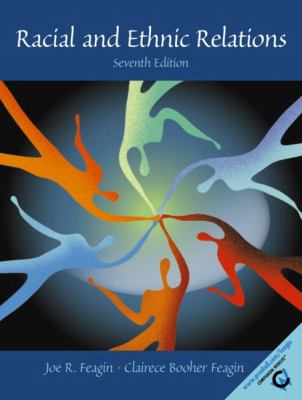 OVER THE PAST FEW DECADES, NUMEROUS SCHOLARS, JOURNALISTS, AND POLITICIANS have argued that there is a "declining significance of race" or an "end to racism" in the United States. They have written or spoken optimistically about the decrease in discrimination and the improving character of racial and ethnic relations in this country. Over the same period of time, however, the scholarly journals and mass media have been filled with accounts of violent hate crimes targeting people of color, accounts of the violent views and actions of white supremacist groups, discussions of many lawsuits over racial discrimination in employment and public accommodations, studies showing widespread housing discrimination, descriptions of community rebellions against local police brutality incidents, and controversies over affirmative action and other anti-discrimination programs. In recent years, we have also seen intense debates about the character and impact of the recent immigrants to the United States, many of whom are immigrants of color from Latin American or Asian countries. As we move into the new millennium, there is much scholarly and public discussion and argument about racial and ethnic discrimination, oppression, and conflict. Contrary to what some scholars and journalists assert, this debate reflects the underlying social, economic, and political realities in the United States. Today, many Americans are well aware, or are becoming aware, of the continuing significance of "race," racism, and ethnicity, not only in this country but also in other countries--from the Republic of South Africa to Northern Ireland, the former Yugoslavia, the former Soviet Union, and the Middle East. Racial and ethnic oppression and conflict are extraordinarily important in the modern world and have the potential to tear apart any country, including highly industrialized countries. One result of the reinvigorated interest in racial and ethnic issues in many areas of the United States is the creation of college and university courses that focus on racial and ethnic divisions, cultural diversity, and multicultural or multiracial issues. We have revised this seventh edition ofRacial and Ethnic Relationswith this growing interest in U.S. racial and ethnic heritages, developments, conflicts, and coalitions in mind. This textbook is designed for sociology courses, other social science courses, and education courses variously titled Racial and Ethnic Relations, Race Relations, Minority Groups, and Minority Relations, and also for various other courses on cultural diversity, multiculturalism, and racial and ethnic groups offered in college, university, business, and governmental settings. One purpose of this book is to provide readers with access to the important literature on racial and ethnic groups in the United States and, to a lesser extent, in certain other countries around the globe. We have drawn on a broad array of sources, including articles, books, and other data analyses by sociologists, political scientists, social psychologists, anthropologists, historians, economists, investigative journalists, and legal scholars. We have limited space, so we have not been able to deal with all the important racial and ethnic groups in the United States. Instead, we have focused on a modest number of major racial and ethnic groups, generally preferring to accent depth rather than breadth in the analyses. In recent decades, social science analyses have begun to dig deeper into the "what," "why," and "how" of racial and ethnic oppression and conflict. We draw heavily on this ever-growing research. The introduction to Part I looks briefly at the origins of the racial and ethnic mosaic that is the United States. It serves as an introduction to Chapters 1 and 2, which discuss major concepts and theories in the study of racial and ethnic relations. The introduction to Part II sketches the political and economic history of thFeagin, Joe R. is the author of 'Racial and Ethnic Relations', published 2002 under ISBN 9780130995339 and ISBN 0130995339.