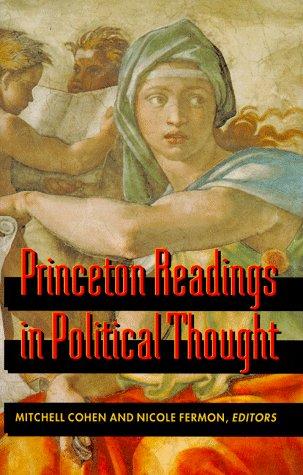 Princeton Readings in Political Thought is one of the most engaging and up-to-date samplers of the standard works of Western political thinking from antiquity through modern times. Organized chronologically, from Thucydides to Foucault, the book brings together forty-four selections of enduring intellectual value--key articles, book excerpts, essays, and speeches--that have shaped our understanding of Western society and politics. Readers will find this work to be an invaluable reference, and they will enjoy not only the varied selections but also the lucid introductions to each historical era and the brief sketches of each thinker. The book includes the writings of many of the most distinguished observers of the Western experience from classical times (Thucydides, Plato, Aristotle, and Cicero), the Middle Ages (St. Augustine, St. Thomas Aquinas, and Christine de Pizan), modern times (Machiavelli, Luther, Calvin, Hobbes, Locke, Rousseau, Adam Smith, The Federalist Papers, "Declaration of the Rights of Man and Citizen," Burke, Marie-Olympes de Gouges, Mary Wollstonecraft, Bentham, Mill, de Tocqueville, Hegel, Marx, and Nietzsche), or the ideas of twentieth-century political philosophers and ideologists (Weber, Mosca, Michels, Lenin, Freud, Emma Goldman, Mussolini, Arendt, Orwell, de Beauvoir, Fanon, Martin Luther King, Malcolm X, Leo Strauss, Walzer, Rawls, Nozick, Habermas, and Foucault).Princeton Readings in Political Thought: Essential Texts since Plato, First Edition was published 1996 under ISBN 9780691036885 and ISBN 0691036888.