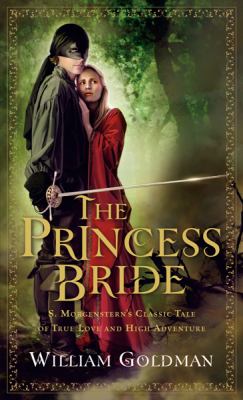 ONE The Bride The year that Buttercup was born, the most beautiful woman in the world was a French scullery maid named Annette. Annette worked in Paris for the Duke and Duchess de Guiche, and it did not escape the Duke's notice that someone extraordinary was polishing the pewter. The Duke's notice did not escape the notice of the Duchess either, who was not very beautiful and not very rich, but plenty smart. The Duchess set about studying Annette and shortly found her adversary's tragic flaw. Chocolate. Armed now, the Duchess set to work. The Palace de Guiche turned into a candy castle. Everywhere you looked, bonbons. There were piles of chocolate-covered mints in the drawing rooms, baskets of chocolate-covered nougats in the parlors. Annette never had a chance. Inside a season, she went from delicate to whopping, and the Duke never glanced in her direction without sad bewilderment clouding his eyes. (Annette, it might be noted, seemed only cheerier throughout her enlargement. She eventually married the pastry chef and they both ate a lot until old age claimed them. Things, it might also be noted, did not fare so cheerily for the Duchess. The Duke, for reasons passing understanding, next became smitten with his very own mother-in-law, which caused the Duchess ulcers, only they didn't have ulcers yet. More precisely, ulcers existed, people had them, but they weren't called "ulcers." The medical profession at that time called them "stomach pains" and felt the best cure was coffee dolloped with brandy twice a day until the pains subsided. The Duchess took her mixture faithfully, watching through the years as her husband and her mother blew kisses at each other behind her back. Not surprisingly, the Duchess's grumpiness became legendary, as Voltaire has so ably chronicled. Except this was before Voltaire.) The year Buttercup turned ten, the most beautiful woman lived in Bengal, the daughter of a successful tea merchant. This girl's name was Aluthra, and her skin was of a dusky perfection unseen in India for eighty years. (There have only been eleven perfect complexions in all of India since accurate accounting began.) Aluthra was nineteen the year the pox plague hit Bengal. The girl survived, even if her skin did not. When Buttercup was fifteen, Adela Terrell, of Sussex on the Thames, was easily the most beautiful creature. Adela was twenty, and so far did she outdistance the world that it seemed certain she would be the most beautiful for many, many years. But then one day, one of her suitors (she had 104 of them) exclaimed that without question Adela must be the most ideal item yet spawned. Adela, flattered, began to ponder on the truth of the statement. That night, alone in her room, she examined herself pore by pore in her mirror. (This was after mirrors.) It took her until close to dawn to finish her inspection, but by that time it was clear to her that the young man had been quite correct in his assessment: she was, through no real faults of her own, perfect. As she strolled through the family rose gardens watching the sun rise, she felt happier than she had ever been. "Not only am I perfect," she said to herself, "I am probably the first perfect person in the whole long history of the universe. Not a part of me could stand improving, how lucky I am to be perfect and rich and sought after and sensitive anGoldman, William is the author of 'Princess Bride S. Morgenstern's Classic Tale of True Love and High Adventure', published 2007 under ISBN 9780156035217 and ISBN 0156035219.