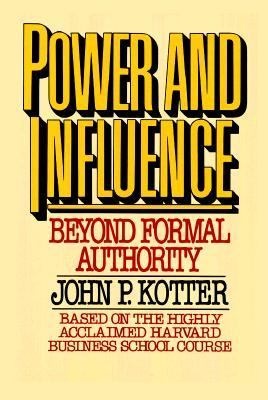 Chapter 1 INTRODUCTIONThe basic premise of this book can be stated quite simply: Important changes that are shaping the nature of work in today's complex organizations demand that we become more sophisticated with respect to issues of leadership, power, and influence. With that increased sophistication, we can make our corporations more competitive. We can make rigid bureaucracies more flexible, innovative, and adaptive. We can even make the world of work more exciting and personally satisfying for most people. Without the needed awareness and skill, we risk being overwhelmed by the pathological aspects of modern organizations -- the bureaucratic infighting, parochial politics, destructive power struggles, and the like which regularly reduce initiative, innovation, morale, and excellence in all kinds of organizations.In the pages that follow, I will identify how the nature of professional and managerial work is changing, why it is changing, why leadership and power issues are becoming increasingly important, and what is required to deal with all this in effective and responsible ways. Most of the examples come from corporate settings. They are applicable, however, in governmental agencies, law firms, hospitals -- almost everywhere. These examples, along with the interpretations offered, do not provide simple cookbook solutions. But they do offer a way of thinking about subtle yet important issues of relevance to those who work in (or are being trained for) today's complex professional, technical, and managerial jobs. People like Andrea, Fred, and John.IAndrea is a 28-year-old copywriter for one of the advertising agencies in New York. She is extremely good at her craft; during the seven years she has been in the advertising business, accounts she has worked for have won six major awards for excellence. Most of the time she loves her work, although it has become increasingly frustrating as she has assumed more responsibility. Most of the time she hates her employer.It seems hard for Andrea to talk about her work for more than a few minutes without making at least one jab at her firm. She rails against the "idiotic bureaucracy" which limits her capacity to do good work, and she tells amusing stories about two account executives for whom she has rather colorful names. She rarely says anything about her salary, but it is clear she is angry about the size of her raises during the last two years. She harbors a suspicion that one of the "incompetents" in the managerial hierarchy is getting even with her for being outspoken about problems in the firm. The wideeyed young woman who mowed from Ann Arbor to New York seven years ago has traded in her midwestern naievete for big city cynicism.Down deep Andrea is worried about her future in the firm. She has considered switching agencies, but her friends tell her it's the same everywhere. When she thinks about conforming and playing "the political game," it makes her want to throw up. She is not sure what other alternatives exist. And that does not make her feel very good. She wishes people would simply leave her alone so she could do the job she loves -- an individual contributor's job. Unfortunately, because of the increasing responsibility she has been given over the past few years, she no longer is in such a job.This book has been written, in part, for the Andreas of the world.Fred is an up-and-coming young manager in a well-knownFortune500 company. He is thirty-four years old, has an MBA degree, and has been working for his employer for three years. He enjoys his work immensely arid has very ambitious plans for the future.After graduate school, Fred worked for a management consulting firm for five years. Reflecting on those days, Fred says he never had any difficulty with what he calls "the analytics." The real challenges all had to do with people and relationships: learning how to work effectively on a prKotter, John P. is the author of 'Power and Influence/Beyond Formal Authority', published 1985 under ISBN 9780029183304 and ISBN 0029183308.