Portrait Of An Artist As A Young Man And Dubliners 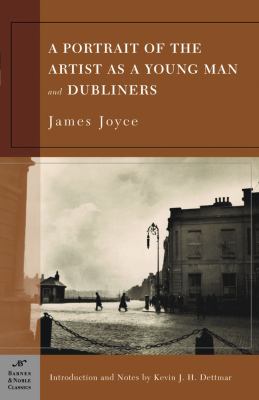 From Kevin J. H. Dettmar's Introduction toA Portrait of the Artist as a Young Man and Dubliners Though written very nearly in tandem,DublinersandA Portrait of the Artist as a Young Manhave very different agendas, and represent very different reading experiences, as well. We might, for purposes of illustration, think of Joyce's first two works of fiction as representing critiques of two rather different literary genres:Dubliners, a critique of the short story as Joyce had inherited it, in which complicated psychological struggles are simplified and resolved in the course of three thousand words; andPortrait, a critique of the deeply romantic legacy of theBildungsroman(novel of education and maturation) and its close relative theKunstlerroman(which focuses on the development of the artist), forms that perpetuated a notion of heroism wholly unsuited to the realities of life and art in the twentieth century. If early readers and critics ofDublinerswere taken aback by Joyce's unflinching reportage of the sordid details of modern urban life, contemporary readers are more often struck by the stories' very abrupt endings: Time and again they seem merely to stop, dead in their tracks, rather than properly ending. The first three stories, in this regard, are representative. "The Sisters" ends while one of the eponymous sisters is in mid-conversation, mid-sentence: "So then, of course, when they saw that, that made them think that there was something gone wrong with him. . . ." The ellipsis that closes the story is just one of twenty sets in this very elliptical three-thousand-word story, in which meaning seems to lie just behind the words, in between the words, peeking out at us but ultimately eluding us. At the close of the second story, "An Encounter," our narrator calls for help to his friend Mahoney, but this message is relayed along with confession of a sin we cannot understand, or even guess at: "And I was penitent; for in my heart I had always despised him a little." Hence, rather than the sort of closure a short story is supposed to provide, "An Encounter" opens up, vertiginously, on a host of other issues just when it should be shutting down new possibilities. The beautifully lyrical ending of "Araby" has been much analyzed, and to read the criticism, one would think that there's nothing at all out of the way about the narrator's sudden outburst in his closing sentence: "Gazing up into the darkness I saw myself as a creature driven and derided by vanity; and my eyes burned with anguish and anger." What--? Revelation, it seems, arrives from out of the blue (or black), but we readers can neither see it coming nor figure out with any certainty whither it will lead our protagonist. These three stories--and many others in the collection besides, including "Eveline," "Two Gallants," "The Boarding House," "Clay," "A Painful Case," "Ivy Day in the Committee Room," and "The Dead"--focus on the moment of sudden revelation that Joyce called, after the traditions of the Catholic Church, an "epiphany." A full description of the epiphany is one of the elements that Joyce stripped out ofStephen Heroin makingPortrait; if we turn back to that earlier text, however, we discover the following explanation of the place of the epiphany in Stephen Dedalus's evolving aesthetic philosophy: This triviality [of a banal conversation he has overheard] made him think of collecting many such moments together in a book of epiphanies. By an epiphaJoyce, James is the author of 'Portrait Of An Artist As A Young Man And Dubliners', published 2004 under ISBN 9781593080310 and ISBN 159308031X.