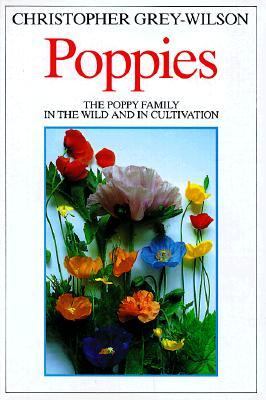 The True Poppies: Papaver The various poppies of the genus Papaver have long been favourite plants in our gardens. Their simple yet bold flowers with their satiny petals make them eye-catching features in borders. At the same time, their diversity of form from small annuals to robust perennials and their enormous range of flower colours from whites and yellows to oranges, pinks, mauves, purples and reds to almost black make them suitable subjects for various different aspects in the garden. The word Papaver itself comes from the Latin for the poppy and is said to have been derived from the sound that is made when chewing poppy seeds. Others, however, would claim that the word has the same origin as the Celtic word papa (pap) because juice of the poppy (probably Papaver somniferum) was given to fractious children to make them sleep--indeed the soporific nature of the poppy was well known to early civilisations. The genus Papaver, the largest in the poppy family, contains some 70 species scattered primarily across the northern hemisphere from sea level to the high mountains. A number of species, such as the annual P. rhoeas and P. dubium, are almost exclusively associated with arable and cultivated land, others with northern Arctic regions (e.g. P. radicatum) or high mountain habitats (e.g. PP. burseri, rhaeticum). The species can be annuals, biennials or perennials with leafy stems or, alternatively, all the leaves may be basal (in which case the flowers are borne on leafless scapes). When cut the stems generally ooze a white, yellow or orange juice or latex. The leaves vary greatly from one species to another from simple and toothed to variously pinnately lobed, with broad or slender segments; like the stems or scapes they may be smooth (glabrous), hairy or beset with spreading or appressed bristles. The flowers are usually nodding in bud, becoming erect as the flowers open, this being caused by asymmetric growth of the pedicel, which rectifies itself as the buds mature. Flowers are often solitary but can also be borne in racemes or panicles. . . . Only a handful of poppies are widely grown in gardens. These include the various forms of the opium poppy, P. somniferum, some with large double or peony-flowered blooms, the brightly coloured 'Iceland Poppy', P. nudicaule, the various races of the common poppy, P. rhoeas, including the popular Shirley Poppies, and the large-flowered herbaceous oriental poppies, which have been derived primarily from two Asiatic species, P. bracteatum and P. orientale. Of the small perennial species the most commonly seen in our gardens are the rock garden forms of 'P. alpinum' (a complex of various alpine poppy species), P. rupifragum and P. lateritium. However, there are a host of other annual and perennial species well worth seeking out, some being first rate garden plants, which are unaccountably scarce in gardens. Cultivation The annual species are readily grown from seed, in fact many are the simplest plants to raise in this way. Being far easier than their Meconopsis cousins . . . the majority can be sown in the spring where they are to flower. In fact most resent disturbance and do not take kindly to being transplanted. In order to get good robust plants thin sowing is essential, otherwise much laborious thinning will have to take place at the seedling stage. . . . The perennial species can also be grown from seed, which can be sown in pots or direct sown in the border. However, few bother to sow seed of the robust oriental poppies. These can be readily divided or, alternatively, may be propagated from root cuttings. Others such as P. rupifragum and P. spicatum are short-lived perennials with a solitary undividable taproot and these must be propagatGrey-Wilson, Christopher is the author of 'Poppies A Guide to the Poppy Family in the Wild and in Cultivation' with ISBN 9780881922325 and ISBN 0881922323.

4 from $1.99
Loading marketplace prices 4 copies from $1.99 How does the rental process work?
View more