Oxford Companion to the Mind 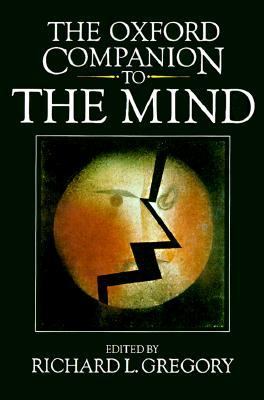 With over 900 entries, ranging from brief definitions to substantial essays on major topics, The Oxford Companion to the Mind takes the reader on a dazzling tour of this endlessly fascinating subject, spanning many disciplines within the broad compass of philosophy, psychology and the physiology of the brain. An important feature of the book is the large number of articles on "topics of mental life", in which well-known writers discuss subjects in which they have a particular expertise. Noam Chomsky writes on his own theory of language, Idries Shah on Sufism, John Bowlby on attachment theory, B.F. Skinner on behaviorism, Oliver Sacks on nothingness, A.J. Ayer on philosophical views of the relation between mind and body, and R.D. Laing on interpersonal experience. The editor, Richard Gregory, contributes entries on aesthetics, phrenology, physiognomy, and illusions of perception. The Companion includes entries on such everyday events as sleep, humor, forgetting, and hearing, as well as specialized topics such as bilingualism, jet-lag, military incompetence, computer chess, and animal magnetism. What can, and all too often does, go wrong with the mind is also covered--many forms of mental illness are explored, as well as mental handicap, brain damage, and neurological disorders. Perception and the ways in which our senses are often deceived are treated in full, as are elements of personal development and learning, and the puzzling world of parapsychology with its altered states of consciousness, out-of-body experiences, and extra-sensory perception. The workings of the nervous system are explained in a special tutorial article. The text is supplemented by brief definitions of specialist terms and by biographies of major figures who have contributed to our understanding of the mind--individuals as varied as Plato, Johannes Kepler, William James, Sigmund Freud, and Alan Turing. The entries are arranged alphabetically and, following the style of other recent Companions, are linked by a network of helpful cross-references. The 160 illustrations have been carefully chosen to amplify the text, while specialist bibliographies provide suggestions for further reading.Gregory, Richard L. is the author of 'Oxford Companion to the Mind' with ISBN 9780198661245 and ISBN 019866124X.