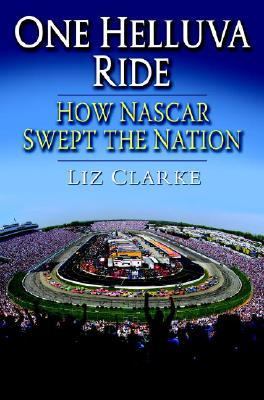 Chapter 1 A Hardscrabble Past A full moon rose over the backstretch of Charlotte Motor Speedway the night of NASCAR's 1992 all-star race, The Winston. It was the first time that a stock-car race would be run at night on a 1.5-mile superspeedway, and illuminating a venue massive enough to hold eight National Football League stadiums demanded a feat of engineering so monumental that the company that lit the movie Dances with Wolves was hired for the task. Night racing on such a huge scale was the idea of the speedway's president, H. A. "Humpy" Wheeler, a master showman who had never run a competitive lap himself but was determined to give NASCAR ticket-buyersmostly shift-workers who lived black-and-white lives by dayTechnicolor entertainment once they walked through his gates. As an undistinguished member of the University of South Carolina's football team in the 1950s, Wheeler had watched in awe from the bench when the Gamecocks visited Louisiana State University for a Saturday-night game. LSU had its mascot, a live tiger, spitting at spectators and clawing the air from the sidelines, and the effect made Wheeler's hair stand on end. That was the feeling he wanted to replicate at his race. Wheeler's second agenda was getting his track's biggest race, the Coca-Cola 600, out from under the shadow of the Indianapolis 500its rival in the battle for TV viewers on the crowded Memorial Day weekend. If Wheeler could figure out a way to run his 600-miler at night, it could have its own niche in prime time and no longer have to compete head-to-head with Indy. As Wheeler geared up for his bold experiment in NASCAR's future, an all-star cast of drivers strapped in for its heart-stopping present. The hotshot Davey Allison, son of NASCAR's 1983 champion Bobby Allison, was on the pole, having run the fastest lap in qualifying. The legendary Richard Petty, stock-car racing's "King," was in the field, along with his son, Kyle. So was the man chasing Richard Petty's record seven NASCAR championships, Dale Earnhardt, the local hero from Kannapolis, North Carolina, considered the meanest cuss ever to wheel a stock car. The Winston wasn't part of NASCAR's twenty-nine-race regular season, in which drivers collected points toward the championship. It was a novelty event, named for the flagship brand of series sponsor R.J. Reynolds Tobacco Company and scripted for sheer entertainment, with a $500,000 payout to the winner. In The Winston, all that mattered was winning, not salvaging points or even salvaging the car. The top drivers had a fleet of new racecars back at their shops. From their 700-horsepower engines to the sheet-metal skin that was hand-sanded to aerodynamic perfection, the cars on the starting grid had been built for one performance only. It was as pure a form of racing as there wasa flat-out dash for cashon as spectacular a stage as NASCAR had ever seen. Would Wheeler's lighting system work, turning night into day, as he promised? Or would it skew depth perception as drivers hurtled into the corners at 185 miles per hour? From the moment the green flag dropped, magic filled the air. The brightly painted racecars shimmered like jewels under the lights, heightening the sense of insane speeds as the cars zoomed past. But NASCAR's most faithful audience hardly needed daylight or slow motion to pick out their favorite. Even at a high-octane blur they could spot Dale Earnhardt's black No. 3 from a mile away, and not only tell you it was a Chevrolet with "the Intimidator" slouched and smirking behind the wheel, but they could also identify every corporate sponsor on Earnhardt's driving suit, reel off his wifeRClarke, Liz is the author of 'One Helluva Ride', published 2008 under ISBN 9780345499882 and ISBN 0345499883.