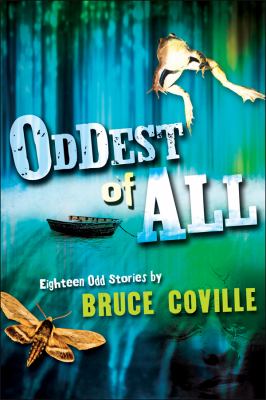 In Our Own Hands JULY 22 I am so totally freaked out. Of course, that is probably true for everyone on the planet. How could we not be, after what happened this morning? I was sitting at the kitchen table, sparring with my mother over how much sugar I could put on my breakfast cerealwhich is kind of silly for a guy home from collegewhen it started. The telescreen on the wall made an odd sound. I looked upand forgot all about the sugar. The meat puppet who usually reads the morning news had been replaced by a woman who had scaly blue skin and close-cropped green hair. Her ears were much too small for her head, her eyes much too big. Despite all that, she was beautiful, in a weird kind of way. My first reaction was to laugh, because it was kind of cool. I figured some idiot at the station was playing a joke. "Someone's going to be in big trouble for this," predicted Mom. "I bet whoever did it gets fired." We stared at the screen, waiting for the news to come back on. When nothing happened I picked up the remote. But before I could change the channel the woman said, "Greetings, people of Earth." I burst out laughing. Mom shook her head in disgust. "What a stupid joke. Change the channel, Johnny." I did. The woman was still there. I changed it again, and again, and again. No matter what channel I turned toand we get 208 of themthe blue woman was still there. Mom's eyes got wider, and she slid her chair closer to mine. "Johnny! What's going on?" I shook my head. I had no idea. But a strange feelingsome combination of fear and excitementwas starting to blossom in my stomach. Finally the blue woman spoke again. "I assume most of you have now realized that this broadcast is on all channels. That is because the message I bring is for all people, and it is important that as many of you as possible hear it. However, what I have come to tell you will not make sense unless you know two things." As far as I was concerned, nothing made sense right now. "First, we are not here to threaten you." It was such an odd thing to say that I almost laughed again. But part of me was too scared for that. I wished that Dad was here. But he was gone, a victim of the air-quality crisis that had killed so many people the year I was thirteen. The blue woman spoke again. "Second, you must know that wecando what we say. I will now prove that to you. Please do not be frightened. This demonstration is just to help you accept the truth of what I have to tell you." Mom reached for her coffee. I noticed that her hand was shaking, which made me feel better about my own trembling fingers. Before she could pick up her cup, the light went out. Not the lights. Thelight. Darkness was everywhere, as if the sun itself had disappeared. "Johnny!" cried my mother. "Do not be afraid," said the voice from the TVwhich was also dark, of course. "We will return the light soon." I wondered how the TV could work with the power out, until I understood that this was not a power loss. It was a light loss. Suddenly the light did, indeed, return. I rubbed my eyes and blinked. Glancing across the table, I saw that my mother was white with fear. The television was on again, the blue woman back in place. "If you can go outside, please do so," she said. I don't like to go outside; the air is too dirty, and it hurts my lungs. Also, it reminds me of how my father died. But Mom and I went anyway, as did most of the people in our development. We had taken only a few steps outside the door when Mom looked up and gasped. I looked up, too. The gray sky was nearly blotted out by a fleet of enormous red ships. They hovered above us, not moving, as if suspended by invisible cables. "ThiCoville, Bruce is the author of 'Oddest of All ', published 2008 under ISBN 9780152058081 and ISBN 0152058087.

5 from $9.97
Loading marketplace prices 5 copies from $9.97 How does the rental process work?
View more