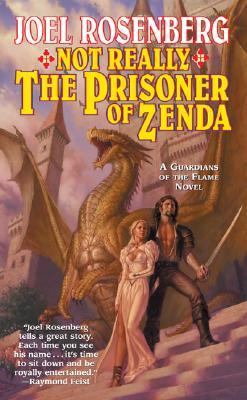 1 The Widow's Walk Put three nobles in a room for lunch, and before the appetizers are served, you'll have four conspiracies. At least. Walter Slovotsky The wind had begun to howl, threatening still more rain, but the Dowager Empress neither quickened nor slowed her already sodden pace. Beralyn Furnael simply refused to be affected; it was no more and no less than that. It wouldn't have been accurate to say that threats meant nothing to herin fact, the truth was entirely the oppositebut she was far too old, and had far too long been far too stubborn, to let anything as unimportant as the wind move her mind or her feet from any path she had set them on, even if that path was something as familiar and trivial as that of her nightly walk around the ramparts of Bie-mestren Castle. Yes, there was some truth in what she said: that she needed her exercise, and that the moment that she permitted her traitor body to deny her that need, it would be time to have servants dig a deep grave, next to her husband's, on the hilltop behind the castle that had been theirs, and lie down beside him for all of eternity. Beralyn didn't mind lying, but she didn't believe in doing so promiscuously. It was also trueat least when Parliament was in session, or when there were other visiting nobles, which was more commonthat her nightly walks gave her son the opportunity to spend some private time with one or more of the lords' and barons' daughters who, through no coincidence, always seemed to be accompanying their fathers to Biemestren Castle. None of them had any use for a useless old woman, after all. She would just be in the way. There was always talk, of course, about how the visits were inspired by the cultural life in the capital, about how theater and music and generally better craftsmanship could be found here than out in the baronies, and such. All that was, of course, true enough, and perhaps more than a tiny proportion of the apparently empty-headed young twits really had that as a main reason for coming to Biemestren, unlikely as that seemed. Their fathers, she was sure, invariably had other goals in mind. There were always commercial bargains to be made, and political ones, as well, besides the obvious hope: the grand prize. Her son. The Emperor. An unmarried emperor was an obvious prize, as well as both an obvious and subtle threat, and the easiest way for any of the barons to simultaneously gain that prize and neutralize that threat was to have him marry into the baron's family. She wished one of them would succeed. Any o≠ it didn't much matter to her, as long as the girl was fertileand Beralyn would have the Spidersect priest make sure of that, while supposedly examining her for her virginity, Beralyn couldn't have cared less about whether a young girl had spent her years keeping her knees together, or spreading them for every nobleman with a smooth smilebut whoever Thomen married had better be able to produce a son, and quickly, or the poor girl might just have an unfortunate accident, some dark night. Hmm...it would be better, come to think of it, if Beralyn didn't like the girl at first. While it wouldn't make a whit of difference in what she did, it would bother her to push somebody she actually liked down the stairs. Below, in the courtyard surrounding the donjonwhat everybody else called the keep, or the Emperor's House, although she preferred the older termthe remains of the Parliament encampment looked like what she remembered from her childhood as the remains of a party. Biemestren Castle was large and roomy, certainlyeasily four times the size of her late husband'Rosenberg, Joel C. is the author of 'Not Really the Prisoner of Zenda a Guardians of the Flame Novel', published 2004 under ISBN 9780765340122 and ISBN 0765340127.