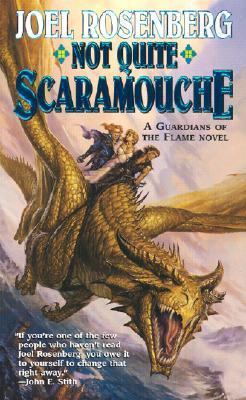 1 Earlier: the Proctor and the Emperor Life is a series of unplanned accidentslargely because nobody asked my opinion. Me, I'd rather it was a series of planned accidents, and I can think of a few people I'd very much like to plan some for. Walter Slovotsky It would be infuriating to a lesser man that the emperor didn't see things his way all the time. But Walter Slovotsky wasn't, at least in his own opinion, a lesser man. Besides, life would get boring if everything was easy. Life wasn't boring. Life was, sometimes, far too much the contrary. "My point, do you think?" the emperor more said than asked, lowering his practice sword, his voice level and even, although maybe there was a hint of a challenge in it. Slovotsky wasn't sure. But the emperor's point? That would depend on what rules they were using, if any. By standard practice rules, no point had been scoredSlovotsky's springy practice sword had touched the emperor's leather chest plate within a heartbeat of when the emperor's own sword had scored on Slovotsky's left biceps. Had it been a real fight, Slovotsky would have come out with a painful if not disabling wound, and Thomen Furnael, Emperor of Holtun-Bieme, would have had his belly pierced deeply and would not be wondering at all whose point it was. This style of sparring encouraged defense, and waiting for an opportunity to score a touch, some disabling wound to the arm or leg that would, in a real fight, slow an opponent down enough so that you could go in for the kill safely. Slovotsky's personal preference for that sort of thing was to anchor a foot or leg with a thrown knife from a bit more distance. If he had to engage in a sword fight at all. That wouldn't be anything close to Walter Slovotsky's preferred method of settling a serious argument. A well-sighted rifle at one hundred yards was far preferable, and if the opponent was missing a leg, blindfolded, hobbled, and tied to a stake with a nice circular target pinned over his heart, that would make it all the better. But in life, enemies were rarely considerate enough to arrange things so conveniently, alas. Sometimestoo oftenthey weren't even considerate enough to identify themselves. Even to themselves. It made for more complication than one would like; it made the dowager empress's naked hatred almost refreshing, by contrast. Almost. "Perhaps you didn't hear me," the emperor said, irritated. "I said, that I thought it was my point." "No, I don't think so," Walter Slovotsky said. He raised his practice sword again in salute. "Or perhaps you're changing the rules on me here when you allow me to change them on more important things?" He couldn't make out Thomen's facial expression through his mask, but a stiffness in the shoulders and posture said that he caught the emperor by surprise. That was a good thing, in moderation. Moderation had its virtues; there was a reason that the term in Dwarvish for dwarves meant "the Moderate People," and Walter Slovotsky liked dwarves, generally. Not that Walter Slovotsky was a big believer in moderation for himself. Nor even a moderate believer in moderation, come to think of it. Thomen didn't answer, at first, then: "Very well. Your point it is." His breath was coming in audible pants, and he removed his mask for a moment as he walked to a side table and poured himself a goblet of water and drank it in one large gulp before setting it back down. He was, for all his flaws, a handsomRosenberg, Joel C. is the author of 'Not Quite Scaramouche' with ISBN 9780812574708 and ISBN 0812574702.

5 from $2.01
Loading marketplace prices 5 copies from $2.01 How does the rental process work?
View more