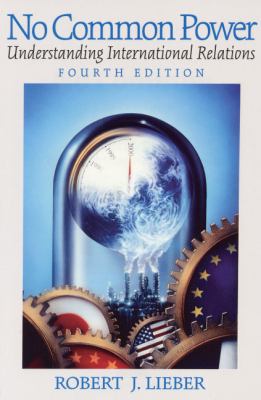 Preface Dramatic, even revolutionary, changes have taken place in world politics in recent decades. Among them have been the end of the Cold War and the dissolution of the Soviet Union, an impetus toward democratization in important parts of the developing world and in countries formerly governed by dictatorships, the ebbing of some bitter regional conflicts, globalization of the world economy, the information revolution and the spread of instantaneous global communications, reinvigorated movement toward European Union, attempts to address global environmental dangers, creation of an international criminal court, and increased efforts at peacekeeping and humanitarian intervention through the United Nations. In the immediate aftermath of the Cold War, a number of these changes fostered optimism about the future course of international relations, and some observers even concluded that the world was on the threshold of an unprecedented era of peace and cooperation. Yet other major events have not been so benign. They include ethnic warfare and appalling abuses of human rights throughout the former Yugoslavia; clan warfare, starvation, and anarchy in Somalia; genocide in Rwanda; chaos and warfare among several former Soviet Republics in the Caucasus region; uncertainties about the future of Russia; regimes fostering terrorism in Iraq, Iran, and the Sudan; the emergence outside the East-West sphere of regional powers equipped with weapons of mass destruction (chemical and biological weapons, missiles, nuclear weapons); the failure of ambitious United Nations peacekeeping efforts in Somalia, Bosnia, and Angola; outbursts of fanatical ethnic, nationalist, and religious hatreds elsewhere; an Asian economic crisis; and severe problems of poverty, disease, and environmental degradation in parts of the developing world. Together, these events represent the most profound change in international relations since the emergence of the East-West conflict in the years after World War II. In responding to them, this expanded fourth edition ofNo Common Powerundertakes a number of fundamental tasks: It devotes attention to revolutionary changes in Russia and the implications for the post-Cold War international system; it provides expanded coverage of the Asian economic crisis, economic development, the debate over dependency, ethnic conflict, and the relationship of the developing world to international politics; it devotes attention to the conflicts in Bosnia and Kosovo, as well as to broader problems of UN peacekeeping and humanitarian intervention; it assesses the concept of the democratic peace and the achievements and limits of European Union; and it considers the consequences of globalization and the information revolution for world politics. At the same time,No Common Powercontinues to integrate these events with an appreciation of the underlying structural characteristics of the international system that remain resistant to fundamental change. These realities are captured in a phrase by Thomas Hobbes more than three centuries ago: Because they are "without a common power" in their international relations, states exist in a system that lacks effective central authority for resolving the inevitable disputes that arise among them. In essence, this means that states dwell in an environment of formal anarchy. Anarchy here is not synonymous with chaos. Instead, the term denotes the absence of established governance above the level of the state. This fundamental characteristic shapes the relations among states and it is what sets international relations apart from domestic politics. The everyday realities of world affairs also display a great deal of practical order. Indeed, cooperation exists not only in the widespread observance of many international rules, but can also be found in the extensive patterns of international economic relations, interdependence, and the functioning of inteLieber, Robert J. is the author of 'No Common Power Understanding International Relations', published 2000 under ISBN 9780130115041 and ISBN 0130115045.