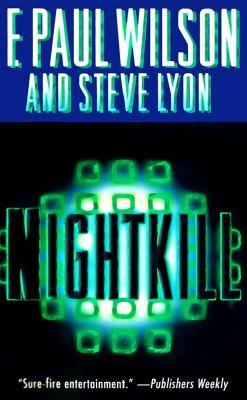 1 FREDO August Jake heard from Fredo Papillardi the usual way: a typically verbose note to Jake's Atlantic City post office box: "Call Fredo." So Jake called. But instead of Jake telling Fredo the where and when of the meet, as was customary, Fredo insisted on next Tuesday at 4:00 p.m. in a place with a TV. Jake didn't like that One of the rulesSarge's ruleswas always set the conditions of a meet. But Fredo was insistent this time, said it had to be this way"Totally necessary"so Jake gave in. Fredo pushed for a hotel room but Jake wasn't giving in that much. He told Fredo the address of a place on Fairmount in AC. Leonardo's Bar & Grille. * * * Jake got two drafts from Ernie at the bar and settled himself at an isolated table in a dark corner. Next best thing to being invisible. Leonardo's was a particularly dingy dive, which was one of the reasons Jake liked it. Always night inside; so dark the afternoon regulars winced and cringed like vampires every time the front door swung open. One of a hundred just like it spread across the Atlantic City you didn't see on postcards. AC wasn't Jake's favorite city, but it was the closest to his place on the Bass River. He thought of AC as two cities, really. First was the new Atlantic City, the one youdidsee on postcards, crowded up against the ocean with its high, shiny casinos and boardwalk-treading tourists. Then the old AC that the gamblers' buses had to pass through to get to the casinos, with its dirty, crumbling sidewalks, empty storefronts, shuffling residents, and old, leaning buildings that rarely rose above two stories. Beirut on the Jersey Shore. Leonardo's was in the second AC, in a working-class neighborhood four blocks west of TropWorld, in another time zone, another climate, another country. Jake liked it not only because it was dark, but because it was never crowded, and because Ernie, the owner-barkeep, had selective Alzheimer'sknew every stat about every guy who'd ever worn a Phillies or Eagles uniform, but never knew nothing nohow about nobody who was ever in his joint. Try to talk to Ernie about his clientele and you'd swear the place was empty day and night. Jake watched Fredo breeze in from the bright afternoon and stand, lost and disoriented, in the gloom. Watched him stumble to the bar, an island of dimness in the dark. "I'm lookin' for a guy." Ernie gave him a hard look. "This ain't that kinda bar, sweetie." "Very funny. Name's Jake." "Jake who? I don't know no Jake." Good old Ernie. "Over here," Jake said, flicking his Bic and raising the flame like a metalhead during a ballad. He kept it burning until Fredo had groped his way to the table. "Jesus, Jake, it's like a fuckin' cave in here." "Your eyes'll adjust." "Look, I thought we agreed to meet where there's a TV." "There's one over the bar." "Yeah, but it's got the fuckin' game on." "That can be fixed. What are we supposed to see at four?" "The whackee, if you know what I'm saying." Jake thought about that. Four o'clock was too early for news. So who was the target? A talk-show host? He stared at Fredo. He knew he had dark hair, dark eyes, and olive skin, liked shiny shoes, thousand-dollar sport coats, and heavy gold, but all he could make out here inWilson, F. Paul is the author of 'Nightkill' with ISBN 9780812565362 and ISBN 0812565363.

3 from $5.98
Loading marketplace prices 3 copies from $5.98 How does the rental process work?
View more