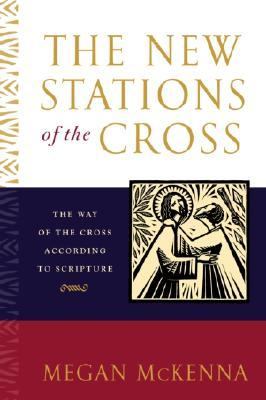 First Station JESUS PRAYS IN THE GARDEN OF OLIVES Scripture: Luke 22:39-42, 45-46 He went, as usual, to the Mount of Olives with the disciples following him. When they reached the place, he said to them, "Pray now, that you may be faithful to what God wants." Then he withdrew from them about a stone's throw, knelt down, and prayed, "O Holy One, if you are willing, remove this cup from me; yet, not my will but yours be done." . . . When he rose from prayer, he returned to his disciples but found them sleeping because of their grief. He said to them, "Why are you sleeping? Rise up and pray so that you may be faithful." Or Scripture: Mark 14:33-36 Jesus took Peter, James, and John with him to the garden. He was greatly distressed and troubled. He said to them, "My soul is sorrowful, even unto death. Remain here. Watch." He fell on the ground and prayed if it were possible, this hour might pass from him. "Abba, Father, all things are possible to you; remove this cup from me: yet not what I will, but what you will." Prayers and love are learned in the hour when prayer has become impossible and your heart has turned to stone. THOMAS MERTON It begins: the Way of the Cross, the Via Crucis, as Jesus, the Holy One, turns his face toward Jerusalem and the destiny of all the prophets of God. This is the time of decision, of determination and conscious prayer in the face of the destruction that lies ahead. This is where Jesus begins to face down his fear. And it is where we, as his followers, begin to face down our fears. Death is close, but it is the death that is conceived in hate, in violence, leading to the deliberate, extinction of another's life. It is the death of the prophet, the truth-teller, the person who serves and obeys the will of God above the will of any nation, any government, any religious body, any group with affluence or power. His death will be a long time coming, in anguish, terrible aloneness, betrayal, and horror, the vicious horror that only human beings can inflict on one another. Jesus enters the garden deliberately, in preparation, intending to face his fears by facing his God, his Father. His greatest fear is to offend his Father, to disobey his own calling, his integrity, and the word of God in his life. This is the prayer of hope and desperation, of acceptance and commitment, the cry for strength and endurance, the prayer that he might live, and if he must die, to die with hope, with steadfast belief in his Father, and if need be, without consolation. He prays to be faithful to what God wants, and exhorts his followers, already caught in the grip of grief and fear that grows palatable, to pray with him and to pray for themselves in this time of darkness. The Father is the God of life, of love, of forgiveness and freedom for all. And he himself has come for life, life ever more abundant and creative. And so Jesus falls before his Father, on his knees, begging and pleading for life instead of the cup of bitterness that others will offer him as they wrest his life from him in violence. But this night, this garden will be the place of freedom and obedience for Jesus, and he will look and watch and pray. He will contemplate and will himself to a death of nonviolent and loving response toward all, even toward those who seek only to kill him, silence him, and stop such goodness and unbearable truth from existing in a human being in this world. Contemplation is a long, loving look at reality, especially reality that is painful and hard to look at, but this is what Jesus does. He bends before his Father and his God and recommits himself in obedience to life, the life of the freedom of the children of God. He prays for peace, for holiness and wholeness even as his life begins to pour forth from him. He lives and faces terror and violent death and reveals to all how to exist in spite ofMcKenna, Megan is the author of 'New Stations of the Cross The Way of the Cross According to Scripture', published 2003 under ISBN 9780385508155 and ISBN 0385508158.