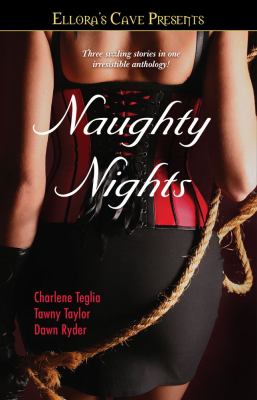 Prologue The Border Lands, 1146 Rorik loved the woods. In the night the trees rose black and jagged, forming broken outlines against the starlit sky as they curved overhead in an ancient living canopy above the path he strode. They rustled and murmured with the sounds of hundreds of creatures going about their nocturnal business. Eerie, to some. To him, it was the sound and sight of home. The Fell Wood outside of Wolf's Keep was rumored to harbor demon wolves who took human form, which served to keep poachers as well as the overly curious far away, and so he found good hunting. This night, aided by the light of the full moon, he followed a line of snares he'd set and baited the day before, checking for game. His cousin, Simon of Northumberland, accompanied him as always. Somewhat unhappily, Rorik knew. Simon did not quite share either his love of adventure or his appreciation for the Fell Wood at night. As light in heart as he was light of hair, the dark woods held no fascination for him. Rorik paused to smile at his companion. "Up ahead, I hear something," he said softly. He'd snared a deer, possibly, from the sounds he heard. Something large. Then he frowned as he listened more closely. That wild thrashing did not sound like a deer. He signaled Simon to be quiet and follow closely. At a soft run, he approached the snare and nocked an arrow at the ready. Then he slowly lowered his bow and replaced the arrow at the sight that met his eyes. "What are you doing?" Simon hissed, looking agonized. "It is a wolf. A demon wolf, come for our souls. Kill it, quickly." Rorik waved impatiently at Simon, gesturing for quiet. There were no demons in his woods. This was but a she-wolf caught in a snare meant for other game. A small one, not fully grown. Moonlight touched the black fur, highlighting it with silver and glistening off the glowing eyes. Blood tinged the snow at the beast's feet and tipped the muzzle. Memory flashed in Rorik's mind, tales of wolf traps found sprung, holding only a forepaw, as the creature fought so fiercely for freedom that it would pay any price. As this wolf would do. He didn't see danger. Rorik saw only the wolf and felt the injustice, the unbearable horror of its captivity, the panic at running fleet across the snow one moment, inexplicably held prisoner the next. Rorik slipped slowly up to the snare, holding the wolf's eyes as he did. "Easy," he whispered. "Hush, now." Making his motions careful and steady, he eased one hand to the snare then quickly sprung her loose and stepped back. Not swiftly enough to evade slashing teeth that tore his chest before the young she-wolf fled into the night. Simon ran to his aid and staunched the blood with shaking hands. "Rorik? Rorik, do you hear me? Speak," he pleaded. Rorik stirred and smiled at his companion. "Did you see her, Simon? She was beautiful." "See what? The wolf?" Simon asked. "I could scarcely miss that." "No. The girl." Then Rorik fell back, unconscious. Copyright 2008 by Ellora's Cave Publishing, Inc. Wolf in Shining Armorcopyright 2006 by Charlene Teglia One Fourteen years later... Do you think to find it changed much?" Simon inquired, guiding his gray warhorse beside Rorik's black destrier. The two knights showed the signs of having survived many battles in myriad ways. The armor and equipment showed the lines and dents of hard use, in spite of flawless upkeep, as did the two faces. They were deeply changed, if Wolf's Keep was not, Simon acknowledged. Rorik didn't answer. Perhaps he had changed most of all, Simon thought. Battle had hardened him. The youthful companion who had risked his life to free a wild wolf had seen too much killing. His moods had grown as dark as his hair and did not seem to be lightening as they neared home. Known as the Fell Wolf for the bite heTeglia, Charlene is the author of 'Naughty Nights' with ISBN 9781416577294 and ISBN 1416577297.