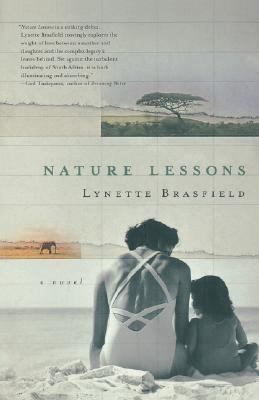 Chapter One Chagrin Falls, Ohio October 1995 A cool breeze carried the smell of fall's first fires into our half-packed living room, setting motes tumbling in a late-afternoon shaft of sunlight. Elbows on my knees and chin on my fists, I sat on a cardboard box and stared at my mother's unopened letter, which I'd propped against my stone warthog's back right leg. A South African stamp had been stuck upside down on one corner of the envelope. I knew my mother's letter would bring news of enemies: her letters always did. Beneath me, the box began to crumple, inch by slow inch. Like my life, I thought. Perhaps I'd slip gradually off the edge and dissolve into a puddle of unhappiness on the hardwood floor. In time, I'd evaporate upward, leaving only my clothes behind. When my ex-fianceacute; Simon arrived on Monday to pick up the last of his things, he'd find my empty Levis, red sweater, and scuffed tennis shoes huddled within a Stonehenge of packing crates and wardrobe boxes. I'd have disappeared into another dimension. In Africa, where I'd been born, people believed such things could happen. When I was a child, our family's Zulu maid, Prudence, had told many stories of magic and metamorphosis: of shape-shifting snakes, and dwarfish zombies calledtokoloshes, and mysterious middle-of-the-night vanishings. She had faith in a world within our world-one teeming with ancestral spirits who debated the wisdom of intervening in family squabbles, played tricks on humans to alleviate the boredom of eternity, and appeared in dreams once in a while to offer advice to their earthbound progeny. I listened, now, but heard only my neighbor scraping leaves from his gutter and a cardinal whistling in a tree. Were ancestors patriotic? Had they ridden the trade winds home when, five years before, I'd sworn the Oath of Allegiance and become an American citizen? Or left in a huff when I saidbarbecueinstead ofbraaiand watched baseball, not cricket? A magenta leaf parachuted into the room, skidded across the floor, and came to rest next to the envelope. I bent forward to pick up the letter, remembering what Prudence had told me: without descendants, ancestors could no longer inhabit the spirit world. Forty, unmarried, and childless in Chagrin Falls, I was endangering their continued existence. I had no brothers or sisters to make up for my inattention to procreation as I careened through short-term relationships: Gareth the violinist in New York, Ned the editor in Houston, Danny the carpet-cleaning entrepreneur in St. Louis, and Tran the computer programmer in Seattle. Not to mention the fianceacute;s who'd book-ended the eighties-Terry the accountant and Eduardo the chef. And now Simon the cardiac surgeon, my third fianceacute;, who'd lasted nearly a year, and had been gone a month. The Three Fianceacute;s. It sounded like a bad movie. Or a singing trio. Layers of transparent tape-topped with a red geranium of wax-sealed the envelope. I stood and headed to the study, where a clock, supine on the floor, told the ceiling it was three thirty. A beret-wearing skeleton named Mortimer slouched next to the gold first-place trophy I'd won for my podiatrist-promotingDo Bunions Make You Cry'ad campaign. On the desk, Simon's plaster-of-paris viperfish grinned at my clay hyena. Our combined household had looked more like a fish-and-fauna store than a traditional home. Which had pleased us both. We were globally compatible. I tilted the French shutters and gazed outside. From the same vantage point, five weeks before, on a late-September Saturday, I'd watched Simon greet his ex-wife Cilia as she dropped off Tess, their four-year-old daughter. Simon was a large, rumpled, good-looking man with hazel eyes, dark hair, and eyebrows like caterpillars. Cilla was tall and pale and once again slender, though she'd had a baby less than a moBrasfield, Lynette is the author of 'Nature Lessons', published 2004 under ISBN 9780312310363 and ISBN 0312310366.