Narrative Of The Life Of Frederick Douglas, An American Slave 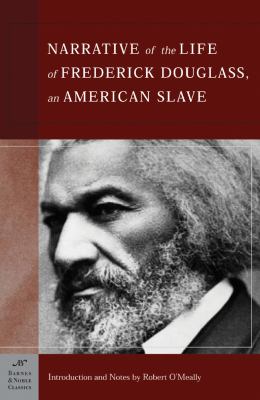 From Robert O'Meally's Introduction toNarrative of the Life Frederick Douglass, An American Slave Crossing Over: Frederick Douglass's Run for Freedom The very first time I assigned Frederick Douglass'sNarrativewas in the fall of 1972, in Boston, Massachusetts, when I was teaching a high school equivalency night-course for working adults. I remember the occasion well because one of the students complained to the school director that I was teaching hate. The class had met only once, and we had not yet discussed the book at all, so this student, a white nurse's aide in her late twenties, directed her protest against the fiery book itself, which she took to be an attack upon her and all white people in America. In a peculiarly American turn of events, the director, who like me was an African American, happened also to be one of my friends and hallmates at Harvard, where we both were working on our doctorates. In the night-school's hallway, he told me about the complaint with a long, stern face, and then closed his office door so we could laugh until we nearly fell to the floor. "Ole Brother Douglass is still working them roots," he said, sliding into the vernacular once we could speak in private. "Go easy on the lady," he went on. "Gentle her into the twentieth century." At that time Douglass was not considered a canonical American author, though he did sometimes turn up in surveys of nineteenth-century writing and in courses with titles like "The Negro in American Literature." The revolution in black literary studies was just beginning to catch fire; but still at Harvard, for example, there was no course in black literature offered at the graduate level, and the one such undergraduate course, in which I was a teaching assistant, was offered by a linguist through the Afro-American Studies Department. (It was an excellent course.) So it was not a shock that this young woman, a few years older than I and not yet a high school graduate, had never heard of Frederick Douglass. What was surprising was that this slender volume, with its antique figures of speech and rhetorical strategies (as well as literary structures that were so modern they seem to have influenced such creators of modern writing as Hemingway eighty years later) would strike her as so current in its potency that she wanted to swing back at it. Part of the answer to the mystery of her response is that many of white Boston's citizenry in the early seventies were literally up in arms against the "forced bussing" to and from schools and neighborhoods that had been as firmly closed to blacks and members of other groups considered unwelcome as were their counterparts in Mississippi or Alabama. No doubt my student was as unaccustomed to a black teacher as she was to a black author. (What on earth went through her mind when she discovered that the program director was black, too?!) Does not this woman's bewildered anger indicate that although theNarrative of the Life of Frederick Douglass, an American Slave existed as a mightily effective political weapon, it is much more than a political weapon, which might have dulled over time? That it is also a work of art whose sentences, with their careful twists and balances and their high-speed locomotive drive, continue to evoke a direct, visceral response? Doubtless she felt the power of the book's stark, biblical last-first/first-last language: the reverse-English of a man belonging to the group counted last in the American social hierarchy but who nonetheless became a leader of his people--meaning (though clearly my student did not realize it) not just blacks but all Americans and indeed all who love freedom. With hisNarrative, DougO'Meally, Robert is the author of 'Narrative Of The Life Of Frederick Douglas, An American Slave', published 2005 under ISBN 9781593080419 and ISBN 1593080417.