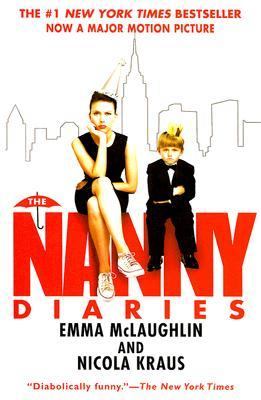 PROLOGUE The Interview Every season of my nanny career kicked off with a round of interviews so surreally similar that I'd often wonder if the mothers were slipped a secret manual at the Parents League to guide them through. This initial encounter became as repetitive as religious ritual, tempting me, in the moment before the front door swung open, either to kneel and genuflect or say, "Hit it!" No other event epitomized the job as perfectly, and it always began and ended in an elevator nicer than most New Yorkers' apartments. *** The walnut-paneled car slowly pulls me up, like a bucket in a well, toward potential solvency. As I near the appointed floor I take a deep breath; the door slides open onto a small vestibule which is the portal to, at most, two apartments. I press the doorbell. Nanny Fact:she always waits for me to ring the doorbell, even though she was buzzed by maximum security downstairs to warn of my imminent arrival and is probably standing on the other side of the door. May, in fact, have been standing there since we spoke on the telephone three days ago. The dark vestibule, wallpapered in some gloomy Colefax and Fowler floral, always contains a brass umbrella stand, a horse print, and a mirror, wherein I do one last swift check of my appearance. I seem to have grown stains on my skirt during the train ride from school, but otherwise I'm pulled together--twin set, floral skirt, and some Gucci-knockoff sandals I bought in the Village. She is always tiny. Her hair is always straight and thin; she always seems to be inhaling and never exhaling. She is always wearing expensive khaki pants, Chanel ballet flats, a French striped Tshirt, and a white cardigan. Possibly some discreet pearls. In seven years and umpteen interviews the I'm-momcasual-in-my-khakis-but-intimidating-in-my-$400-shoes outfit never changes. And it is simply impossible to imagine her doing anything so undignified as what was required to get her pregnant in the first place. Her eyes go directly to the splot on my skirt. I blush. I haven't even opened my mouth and already I'm behind. She ushers me into the front hall, an open space with a gleaming marble floor and mushroom-gray walls. In the middle is a round table with a vase of flowers that look as if they might die, but never dare wilt. This is my first impression of the Apartment and it strikes me like a hotel suite--immaculate, but impersonal. Even the lone finger painting I will later find taped to the fridge looks as if it were ordered from a catalog. (Sub-Zeros with a custom-colored panel aren't magnetized.) She offers to take my cardigan, stares disdainfully at the hair my cat seems to have rubbed on it for good luck, and offers me a drink. I'm supposed to say, "Water would be lovely," but am often tempted to ask for a Scotch, just to see what she'd do. I am then invited into the living room, which varies from baronial splendor to Ethan Allen interchangeable, depending on how "old" the money is. She gestures me to the couch, where I promptly sink three feet into the cushions, transformed into a five-year-old dwarfed by mountains of chintz. She looms above me, ramrod straight in a very uncomfortable-looking chair, legs crossed, tight smile. Now we begin the actual Interview. I awkwardly place my sweating glass of water carefully on a coaster that looks as if it could use a coaster. She is clearly reeling with pleasure at my sheer Caucasianness. "So," she begins brightly, "how did you come to the Parents League?" This is the only part of the Interview that resembles a professional exchange. We will dance around certain words, such as "nanny" and "child care," because they would be distasteful and we will never, ever, actually acknowledge that we are talking about my working for her. This is the Holy Covenant of the Mother/Nanny relationship: this is a pleasurMcLaughlin, Emma is the author of 'Nanny Diaries ', published 2007 under ISBN 9780312374334 and ISBN 031237433X.