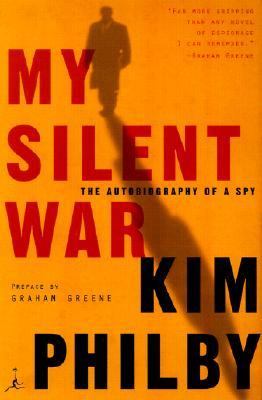 I. Taken On by the Secret Service It was in the summer of 1940, to the best of my knowledge, that I first made contact with the British secret service. It was a subject that had interested me for some years. In Nazi Germany and later in Spain, where I served as correspondent for The Times with General Franco's forces, I had half expected an approach. I was confident that I would recognize my man the moment he made his first cautious soundings. He would be lean, and bronzed, of course, with a clipped moustache, clipped accents and, most probably, a clipped mind. He would ask me to stick my neck out for my country and frown austerely if I mentioned pay. But no, nothing happened. If anybody did size me up during that time, he found me wanting. The only intelligence officer who took the slightest interest in me during my Spanish days was German, a certain Major von der Osten, alias Don Julio, who died early in the World War in a motor accident in New York. He used to take me to Abwehr headquarters in the Convento de las Esclavas in Burgos, and explain his large wall maps dotted with the usual coloured pins. He dined and wined me in desultory fashion for a year or so, and it proved a useful contact as far as it went. It emerged in due course that his real interest in me was to get an introduction to a lady of my acquaintance. When I obliged him, he propositioned her forthwith, both espionage-wise and otherwise. She turned him down indignantly on both counts, and his manner to me became distant. When the World War broke out, The Times sent me to Arras as their correspondent accredited to the Headquarters of the British Army. By June 1940 I was back in England, having been evacuated twice, from Boulogne and from Brest. In London, I had written two or three pieces for The Times, winding up the campaign and pointing its various morals. I have no idea what I wrote and, having just read the pungent comments on the campaign in Liddell-Hart's memoirs, I am grateful for the lapse of memory.* I must have produced dreadful rubbish. The main point was that, by the end of June, I was at a loose end. The Times showed no disposition to get rid of me or to overload me with work. Thus I had ample leisure to plot my future, if only I could make a good guess at the nature of the background I had to plot it against. I decided early to leave The Times, considerate though they had always been to me. Army field censorship had killed my interest in war correspondence. Try writing a war report without mentioning a single place-name or designating a single unit and you will see what I mean.' Besides, the idea of writing endlessly about the morale of the British Army at home appalled me. But, in decid- ing to leave The Times, I had to remember that my call-up was fast approaching. I had no intention of losing all control of my fate through conscription into the army. It was therefore with increasing concern that I watched various irons I had put in the fire, nudging one or other of them as they appeared to hot up. I had one promising interview, arranged by a mutual friend, with Frank Birch, a leading light in the Government Code & Cypher School, a crypt-analytical establishment which cracked enemy (and friendly) codes. He finally turned me down, on the infuriating ground that he could not offer me enough money to make it worth my while. Disconsolately, I went to Holloway for my medical. A few days later, Ralph Deakin, then Foreign News Editor of The Times, summoned me to his office. He bulged his eyes at me, puffed out his cheeks and creased his forehead, habits of his when upset. A certain Captain Leslie Sheridan, of the War Office, had telephoned to ask whether I was "available for war work." Sheridan had not impressed Deakin. He had claimed to be a journalist on the grounds of a previous association with the Daily Mirror. In short, Deakin wanted no part of the affair, and pressed me to let the matter drop.Philby, Kim is the author of 'My Silent War', published 2002 under ISBN 9780375759833 and ISBN 0375759832.