My Life The Early Years 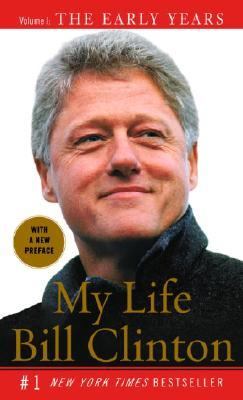 Chapter 1 PROLOGUE When i was a young man just out of law school and eager to get on with my life, on a whim I briefly put aside my reading preference for fiction and history and bought one of those how-to books: How to Get Control of Your Time and Your Life, by Alan Lakein. The book's main point was the necessity of listing short-, medium-, and long-term life goals, then categorizing them in order of their importance, with the A group being the most important, the B group next, and the C the last, then listing under each goal specific activities designed to achieve them. I still have that paperback book, now almost thirty years old. And I'm sure I have that old list somewhere buried in my papers, though I can't find it. However, I do remember the A list. I wanted to be a good man, have a good marriage and children, have good friends, make a successful political life, and write a great book. Whether I'm a good man is, of course, for God to judge. I know that I am not as good as my strongest supporters believe or as I hope to become, nor as bad as my harshest critics assert. I have been graced beyond measure by my family life with Hillary and Chelsea. Like all families' lives, ours is not perfect, but it has been wonderful. Its flaws, as all the world knows, are mostly mine, and its continuing promise is grounded in their love. No person I know ever had more or better friends. Indeed, a strong case can be made that I rose to the presidency on the shoulders of my personal friends, the now legendary FOBs. My life in politics was a joy. I loved campaigns and I loved governing. I always tried to keep things moving in the right direction, to give more people a chance to live their dreams, to lift people's spirits, and to bring them together. That's the way I kept score. As for the great book, who knows? It sure is a good story. ONE Early on the morning of August 19, 1946, I was born under a clear sky after a violent summer storm to a widowed mother in the Julia Chester Hospital in Hope, a town of about six thousand in southwest Arkansas, thirty-three miles east of the Texas border at Texarkana. My mother named me William Jefferson Blythe III after my father, William Jefferson Blythe Jr., one of nine children of a poor farmer in Sherman, Texas, who died when my father was seventeen. According to his sisters, my father always tried to take care of them, and he grew up to be a handsome, hardworking, fun-loving man. He met my mother at Tri-State Hospital in Shreveport, Louisiana, in 1943, when she was training to be a nurse. Many times when I was growing up, I asked Mother to tell me the story of their meeting, courting, and marriage. He brought a date with some kind of medical emergency into the ward where she was working, and they talked and flirted while the other woman was being treated. On his way out of the hospital, he touched the finger on which she was wearing her boyfriend's ring and asked her if she was married. She stammered "no"she was single. The next day he sent the other woman flowers and her heart sank. Then he called Mother for a date, explaining that he always sent flowers when he ended a relationship. Two months later, they were married and he was off to war. He served in a motor pool in the invasion of Italy, repairing jeeps and tanks. After the war, he returned to Hope for Mother and they moved to Chicago, where he got back his old job as a salesman for the Manbee Equipment Company. They bought a little house in the suburb of Forest Park but couldn't move in for a couple of months, and since Mother was pregnant with me, they decided she should go home to Hope until they could get into the new house. On May 17, 1946, after moving their furniture into their new home, my father was driving fromClinton, Bill is the author of 'My Life The Early Years', published 2005 under ISBN 9781400096718 and ISBN 1400096715.