Mothers of the Year 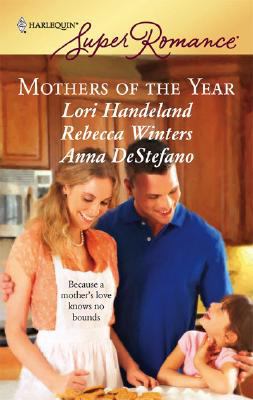 "Are a girl or a boy?" Dani Delgado contemplated the kid in front of her. About Dani's size, which meant taller than most and skinny with it, his hair was so dark it seemed to have blue streaks in the uncombed mess. "Whaddya think I am?" she sneered. There wasn't much Dani hated more than being asked if she were a boy, but it happened all the time. "If I knew, I wouldn't ask ya." He wiped the sleeve of his coat across his runny nose. Two weeks into April and Dani could still see her breath on the air. What was up with that? Sure, she'd been a little excited when her dad said they were moving from Boca Raton to Kiwanee, Wisconsin. What kid didn't want to see snow? But Dani didn't want to see it right now. "What's yer name?" the boy asked. "Dani." He made a face. "That ain't any help." Actually her name was Danielle, but she wasn't going to tell him that. The bell rang, and all the children filed into Kiwanee Elementary. Dani hung back. This was the fourth school she'd gone to, not countin' preschool, and she was only seven. But her dad said they were here to stay--at least for a season or two. Dad had been a semifamous pitcher for the Marlins. Then he'd done something wonky to his arm, and he couldn't play no more. For years they'd moved from city to city as he went from job to job--assistant pitching coach, head pitching coach, back to assistant again. Dani had thought they'd never stop. Then he'd gotten a job managing the minor league Kiwanee Warhawks. Dad said this was his big break, his dream job, his life choice. Whatever that meant. All Dani knew was that he was smiling more than she'd seen him smile ever before. Determined to fit in this time, Dani marched into Mrs. Henning's second-grade classroom. She'd been here last week with Dad. They'd walked all over the building so Dani would know where things were, then they'd met Mrs. Henning, who'd shown Dani which seat would be hers. Dani took it, eyes narrowing at the boy from the playground. He had the desk right behind hers. She wasn't sure yet if he was mean or not, but he wouldn't be able to pull on her hair, because she'd chopped it off this morning. She knew better than to give nasty kids something to yank on. Her dad wouldn't be happy. She'd had to sneak back to the house after he left in order to do it--he never would have let her--but Dani had been determined. Mrs. Henning, who looked old to Dani, though Dad had said she was only forty--as if that were young--smiled brightly, and Dani winced. She knew what was coming. "We have a brand-new student today." Dani prayed the teacher wouldn't make her stand in front and talk about herself. She'd had to do that a few times already, and it never went too good. Kids would whisper and point. Dani's voice would get quieter and quieter until she mumbled. No one cared about the new kid anyway, unless it was to tease him or her. She'd done her best to dress right today, though Dani wasn't sure exactly what "right" was. The definition seemed to change at every school she attended. Dani had worn jeans, sneakers and one of the pink shirts her mom always sent for her birthday, even though Dani hated pink. But girls wore pink, or so it seemed. Dani wasn't very good at bein' a girl. "Everyone, welcome Danielle Delgado, all the way from Florida." Mrs. Henning clapped, and the class joined in halfheartedly. "You're a girl?" the boy behind her whispered. Dani turned. "Do a lot of boys wear pink in this town?" She smirked. "Do you?" For a minute Dani thought the kid might slug her, and her fingers curled into her palms, ready, even as she bit her lip to keep herself from saying anything else smart. Then he laughed, smacked her on the shoulder, hard, and said, "Good one." Dani faced front and slowly let her hands relax. She tried, she really did, to be nice, to keep her lip zipped, but she couldn't help it. Sometimes stuff just came out. ShHandeland, Lori is the author of 'Mothers of the Year', published 2008 under ISBN 9780373714827 and ISBN 0373714823.