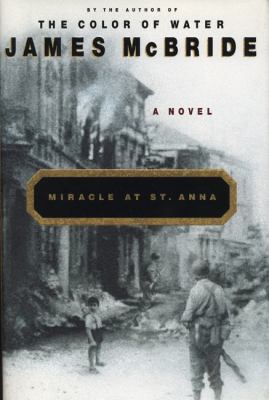 Prologue All the guy wanted was a twenty-cent stamp. That's all he wanted, but when he slid his dollar bill across the post office counter at 34th Street in Manhattan, the diamond in the gold ring on his finger was so huge that postal clerk Hector Negron wanted to see whom the finger was connected to. Hector normally never looked at the faces of customers. In thirty years of working behind the window at the post office, he could think of maybe three customers whose faces he could actually remember, and two of them were relatives. One was his sister, whom he hadn't talked to in fourteen years. The other was his cousin from San Juan, who had been his first-grade teacher. Besides those two, the rest didn't count. They melded into the millions of New York schmucks who staggered to his window with a smile, hoping he would smile back, which he never did. People did not interest him anymore. He had lost his interest in them long ago, even before his wife died. But Hector loved rocks, especially the valuable ones. He'd played the numbers every single day for the past thirty years, and he often fantasized about the kind of diamonds he would buy if he won. So when the man slid his dollar bill across the counter and asked for a stamp, Hector saw the huge rock on his finger and looked up, and when he did, his heart began to pound and he felt faint; he remembered the naked terror of the dark black mountain towns of Tuscany, the old walls, the pitch-black streets as tiny as alleyways, the staircases that appeared out of nowhere, the freezing rainy nights when every stirring leaf sounded like a bomb dropping and the hooting of an owl made him piss in his pants. He saw beyond the man's face but he saw the man's face, too. It was a face he would never forget. Hector always carried a pistol to work, and the next day, when the newspapers ran the story of how Hector pulled the pistol out of his front pocket and blew the man's face off, they talked about how Hector always carried a gun to work because he lived in Harlem and Harlem was dangerous. Hector was old. He lived alone. He'd been robbed before. He was afraid. The New York Times and the Post carried the requisite interviews of fellow postal employees gathered around a taped-up doorway saying he'd seemed about to snap and that he was ready for retirement and how they couldn't understand it all, but only one person, a rookie reporter from the Daily News named Tim Boyle, wrote anything about the statue head. It was Boyle's first day on the job, and he got lost going to the post office, and by the time he got there, the other reporters had left and all of Hector's co-workers had gone. Boyle panicked, thinking he was going to get fired-which if you're a reporter for the Daily News and you can't find the main post office in midtown Manhattan is about right-so he talked the cops into letting him ride with them up to Hector's ramshackle apartment on 145th Street. They went through Hector's things and found the head of a statue, which looked expensive. Boyle rode with the cops to Forensics, who checked it out and found nothing. But one of the cop's wives was an art lover, and the cop said this thing don't look normal, so they took it to the Museum of Natural History, who sent them to the Museum of Modern Art, who sent for a man out of NYU's art department, who came over and said, Shit, this is the missing head of the Primavera from the Santa Trinita. The cops laughed and said Is that the Nina, the Pinta, or the Santa Maria? The guy said, Hell no. It's a bridge in Florence. And that's how Tim Boyle saved his job and Hector Negron made the front page of the International Herald Tribune, which on that December morning in 1983 was tossed from a tenth-story window of the Aldo Manuzio office building in Rome by a tired janitor named Franco Curzi who wanted to get home early because it was almost Christmas. It floated down and pirouetted in the airMcBride, James is the author of 'Miracle At St.anna' with ISBN 9781573222129 and ISBN 1573222127.