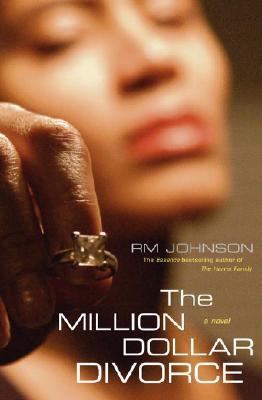 Chapter One Monica Kenny awakened and without opening her eyes reached across the bed to feel for her husband. He was not there.She rolled over, barely opening her eyes to glance at the clock. The glowing red numbers flashed 4:37 A.M.Monica sighed, peeled off the blankets, and threw her legs over the bed. She sat on the edge of it, wondering, should she really pursue this with him? But something had to be done. It had been almost every night for a week that she had woken up and found her husband gone.She stood up from the bed, grabbed her robe, and ventured out to find him.She walked slowly through the huge downtown penthouse, pulling her robe on and tying the belt around her waist. She took the stairs down from the upper level, not bothering to turn on the lights.When she made it halfway down the flight, she could see a great deal of the first floor, the huge open living room and dining room, and the entrance to the kitchen.It was all dark down there, but light from the towering skyscrapers just outside their balcony doors, on the sixty-fifth floor, made it possible for Monica to see her husband, Nate. He was sitting amazingly still in one of the dining room chairs he had pulled away and set facing the windows.His back was to her as he stared out at the illuminated buildings.He did not turn around, even though Monica was certain that he heard her come down the stairs, was certain that he could feel her as she walked up and stopped just fifteen feet behind him."Nate," Monica breathed, almost afraid to say another word. "Why are you doing this?"There was no reply, nor any movement from Monica's husband."Nate.""Go to bed, Monica," he finally said, his voice low."But every night you get up and you come down here. I just want to know -- ""Monica, please. Go to bed," he said again, without turning in his chair. "Just leave me alone."Monica opened her mouth to say something, but thought better of it, and stopped herself. She turned and headed back for the stairs, grabbing the rail, pulling herself up four or five of them; then she stopped."Don't stay down here too long, okay, Nate? You'll be tired in the morning." Monica stood there at the banister waiting for a response, but when one didn't come, she continued climbing the stairs.It took forever for Monica to fall back to sleep, but when she finally did, she felt as though she had been out for only five minutes when her alarm clock started screaming beside her head.It was 7:30 A.M., and still Nate wasn't beside her. She doubted if he ever came back.Monica showered, dressed, and figured she would make her and her husband breakfast, considering she didn't have to be at the store until 9 A.M.She walked down the stairs, hoping that what was so heavy on Nate's mind had been resolved. She needed to talk to him, work on getting things back to the way they used to be. But when Monica got halfway down the stairs, she heard the front door quickly open, and then close again.She hurried to the front door, threw it open, and stepped out into the hallway, only to hear a "ding" from the elevator and the doors slide to a close.She stood there, unable to believe that her husband, it seemed, not only could no longer sleep an entire night with her in bed but now couldn't stand the sight of her in the morning.Monica skipped breakfast, for she had no appetite, and headed on to work. She walked, as she did every morning, because where she worked, an exclusive Italian men's clothing store on Michigan Avenue, was just minutes from where they lived on Chestnut Avenue.She was the first to arrive every morning, because she was the manager, one of the rewards she received for attaining her M.B.A. She could've quit long ago. It wasn't like she was hurting for money, considering her husband was a millionaire. But she liked the independence, having something more to do than just have spa treatJohnson, R. M. is the author of 'Million Dollar Divorce', published 2004 under ISBN 9780743258166 and ISBN 0743258169.