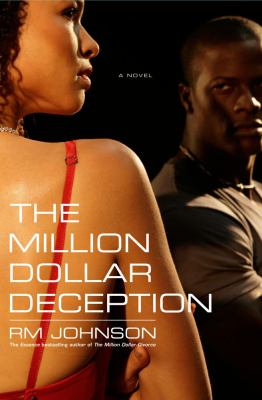 1Lewis lay in the darkened bedroom, under the blankets, trying to control his nervous breathing. He stared at Monica. She was beautiful -- her light brown skin, big black eyes, and full pink lips. But she lay next to him, silent.He was waiting on her decision.Lewis tried to stop telling himself that it still was too soon, but this week he had bought the ring anyway and, moments ago, presented it to her.She had been asleep only five minutes when Lewis pulled the ring out from under his pillow, slipped it on her finger, then kissed her.Monica stirred. Lewis kissed her again till she had woken."Are you okay?" Monica asked, her voice groggy."Will you?" Lewis said, smiling."What? Will I what?""Will you marry me, baby?"There was no answer. That had been like a minute ago, and still no answer came.Lewis rolled over in bed, turned on his bedside lamp.When he turned back, he saw Monica, her black hair falling into her eyes, staring down at the ring with a pained expression."What's the matter?" Lewis said. "It's a simple question. Yes or no.""You know it's more complicated than that.""No I don't," Lewis said, throwing the blankets off and climbing out of bed. "Just answer it.""I haven't even been divorced a year yet. I'm not trying to jump back into a marriage this minute.""Or you aren't trying to jump back into marriage with me?""Lewis," Monica said, turning, glancing at the alarm clock. "I'm not having this conversation. It's almost two in the morning.""Fine," Lewis said, moving his tall brown frame to the dresser and sliding open a drawer. He pulled out a pair of jeans, put them on."What are you doing?" Monica said, sitting up."I asked you to be with me. You said you don't want to, so I'm leaving." He pulled a T-shirt over his muscled torso.Monica hurried out of bed, around to him. "I didn't say that. I said I wasn't ready to get married yet.""It's the same thing."Lewis had on shoes now. He moved quickly through the room, grabbing a bag, stuffing it full of the first clothes he yanked from the closet."Where are you going?" Monica asked after Lewis opened the bedroom door."I don't know. We'll find a place."Monica halted there in her nightgown. "What do you mean, we?""I'm not leaving my daughter here with you. You don't want me, you don't want her either," he said, staring right in her eyes, as if expecting this to change Monica's decision.Lewis turned, walked down the hall toward the three-year-old's room.Monica followed behind him, whispering, "Why are you doing this?"Lewis carefully opened his daughter's bedroom door. Inside, a night-light burned, painting the entire room a dim gold color.He bent over her small bed, slid his arms under her, and scooped Layla up in her blankets.Monica pulled on his arm."Don't. Don't do this now. At least wait till the morning.""So you can say no then." Lewis turned to her, the child in his arms. "You know what'll make me stay. Just say yes."Monica loved the man and his daughter. She didn't want them to leave. But she could not let herself be manipulated into agreeing to marry him. She dropped her head. "I can't do that right now."Lewis held out his palm.Monica glanced down at it. "What?""The ring, please."Copyright 2008 by R. Marcus Johnson2Five A.M. Tori Billups lay in the center of her king bed, staring through the darkness toward the ceiling, her eyes filled with tears.She clutched one of her pillows tight to her breast as though it were her husband, who had been missing now for seven days.He would call, she told herself, the cordless phone just to her left on the nightstand. But until now, he had not.One morning a week ago, after she had made Glenn breakfast, had handed him his briefcase and kissed him on the lips, he walked out the front door to take a business flight to DeJohnson, R. M. is the author of 'Million Dollar Deception', published 2008 under ISBN 9781416540403 and ISBN 1416540407.