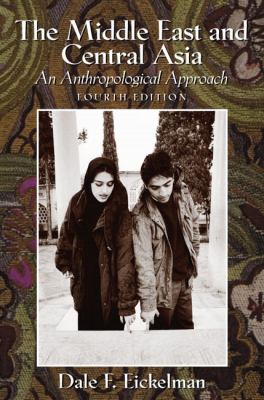 This book is intended as an anthropological introduction to the Middle East and Central Asia. A second, complementary goal is to point out the contribution that the study of the Middle East and Central Asia is making to the main currents of anthropology, especially those that relate to the analysis of complex societies. As anthropological scholarship on the major civilizational areas of the world has reached a critical intensity, different themes have emerged in each region that have then influenced ideas elsewhere. Because of the Middle East's complexity and diversity, several interrelated themes prevail. One group of issues is suggested by the study of Islam, Judaism, and Christianity and how these world religions are understood both as global movements and in their rich local manifestations in the Middle East. How do local understandings of Islam, for example, affect the wider currents of social thought and practice? How does a world religious tradition such as Islam shape, and become shaped by, the rapidly evolving economic and political contexts in which it is maintained and reproduced? What are the implications of mass higher education, the proliferation of media, and the greater ease of travel and rapid communication for the ways in which people think about religion and politics? Another set of issues concerns ideas that people hold about their cultural and personal identities. In a region as complex as the Middle East, with its overlapping linguistic, ethnic, national, kin, gender, and class distinctions, the problems of how personal and collective identities are asserted and what they mean in differing historical and political contexts are especially crucial. With the rise of ethnonationalism and ethnoreligious nationalisms, such identities are at times more plastic and at other times seemingly more fixed than many earlier assumptions concerning their cultural bases have allowed. A third theme concerns the political contexts and consequences of economic activities--the production, allocation, and consumption of goods and services. Together with practitioners of other disciplines, anthropologists analyze the social and cultural impact of developments such as massive labor emigration from poorer countries, the accrual of oil and mineral wealth to others, urbanization, agricultural innovation, and competition over scarce resources such as water. Anthropologists, like their colleagues in other disciplines, are concerned with what happens to cultural values and social relationships in the context of rapid economic and political change, and with the prospects for more "civil" societies and greater tolerance in the Middle East and Central Asia. A fourth theme concerns changinginterpretationsof Middle Eastern and Central Asian societies and cultures by Westerners and by Middle Easterners and Central Asians themselves. This issue, once regarded as a historiographic one related only indirectly to "real" anthropological inquiry, is now considered implicit in any problem in the human sciences. Ideas concerning what constitutes valid description and interpretation of a culture or society have changed dramatically over the last two centuries, especially as modern anthropological inquiry has ceased to be primarily a Western enterprise. A comparison of this fourth edition with the first one, which appeared in 1981, also suggests how anthropology and our understanding of the Middle East have changed over the past two decades. The first two editions of this book dealt only with the Middle East, a challenging task in itself. For all practical purposes, Central Asia and Azerbaijan were a world apart during the period of Soviet domination, sealed off from adjoining Middle Eastern countries. By the late 1980s, this situation had begun to change. Cross-border cultural and commercial ties between Middle Eastern and Central Asian countries were rapidly created or renewed, and Russian and CentralEickelman, Dale F. is the author of 'Middle East and Central Asia An Anthropological Approach', published 2001 under ISBN 9780130336781 and ISBN 0130336785.