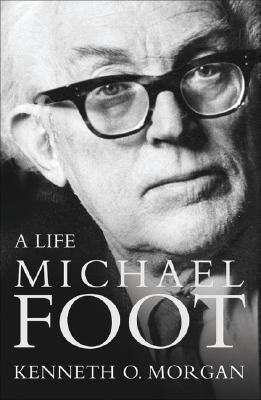 Michael Foot has had a long and fascinating life. He took part in twenty general elections between 1929 and 2005. He spans the worlds of Stafford Cripps and Tony Blair. At the age of 27, he became famous as joint author of Guilty Men, a legendary condemnation of pre-war Chamberlainite appeasement. Returned to parliament after the war, he became a dominant figure in the Labour left, a matchless pamphleteer, a scintillating parliamentary and mass orator, editor of Tribune, leading Bevanite and founder member of CND.As a minister Foot also became a key player in Old Labour's last phase in the seventies, the architect of vital trade union legislation and leader of the House, and then for nearly three tormented years, leader of his party. Equally important, he was a cultured, literate man and a prolific author, whose literary and historical learning was vital to his political outlook, making him a civilising, inspirational force in British life and the international socialist movement. He symbolises a world we have lost.Kenneth Morgan's authorised and finely written biography traces Foot's career from Cromwellian West Country origins to rebellious old age. It is based on a unique range of sources, many of them new, including extensive interviews with Michael Foot and with dozens of his colleagues in government, the Civil Service, the party and the press, and rich material in private papers and public records. It illuminates his complex, often turbulent, relationships with contemporaries such as Cripps and Lord Beaverbrook; Barbara Castle and Aneurin Bevan; Orwell and Koestler; Jim Callaghan, Tony Benn and Indira Gandhi. It also analyses in depth his wide-ranging literary interests, especially the importance for him of Dean Swift, Montaigne, Hazlitt, Byron and H.G.Wells; his contribution to the socialist idea; his relationship with his father, Isaac, and his family; and the emotional partnership with his beloved wife, Jill Craigie.Michael Foot emerges here in all his complex, passionate humanity - radical critic, public dissenter, inveterate peacemonger, romantic (rather than ideological) socialist but also a man of profound culture, literary consciousness and deep-rooted patriotism, a unique public figure over seven decades, and one of the outstanding Englishmen of recent times.Morgan, Kenneth O. is the author of 'Michael Foot A Life', published 2007 under ISBN 9780007178261 and ISBN 0007178263.