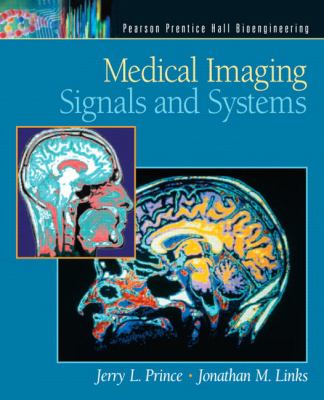 This book has developed over the past 14 years, during which time we have taught a course on medical imaging systems at Johns Hopkins University. This course started out as a survey course, and then evolved according to our mutual interests and inclinations into a course that emphasizes thesignals and systemsaspects--or more precisely, the signal processing aspects--of medical imaging. With signal processing as the fundamental viewpoint, this book covers the most importantimaging modalitiesin radiology: projection radiography, x-ray computed tomography, nuclear medicine, ultrasound imaging, and magnetic resonance imaging. The authors expect the reader to be familiar with signals and systems, which are usually covered in the sophomore year of most engineering curricula, and with elementary probability. Freshman courses in physics, chemistry, and calculus are also assumed. The book is organized into parts emphasizing key overall conceptual divisions, as follows. Part I introduces basic imaging principles, including an introduction to medical imaging systems in Chapter 1, a review of signal processing in Chapter 2 (with emphasis on two-dimensional signals), and a discussion of image quality in Chapter 3. Our presentation of the theory of medical imaging systems is strongly based on continuous signals; however, a development of discrete signals is included to permit discussions on sampling and implementation. Issues of image quality, including resolution, noise, contrast, geometric distortion, and artifacts are described in general context here, but revisited within each modality in subsequent chapters. Part II describes key modalities in radiographic imaging. It begins in Chapter 4 with a brief presentation of the physics of radiography, including the generation and detection of ionizing radiation and its effect on the human body. Chapter 5 describes projection radiography systems, including chest x-ray and fluoroscopy systems. As in all subsequent chapters, coverage focuses on signals, including only enough physics and biology to motivate the modality and provide a model for the analysis. Chapter 5 also presents the mathematics of projection imaging, a very fundamental idea in medical imaging. Chapters 6 covers x-ray computed tomography, expanding on the instrumentation and mathematics ofprojection imagingand introducing the concept of image reconstruction in medical imaging. Computed tomography produces truetomograms(images of cross sections of the body) rather than projections of the body. Part IV presents the physics and modalities of nuclear medicine imaging. Chapter 7 describes the physics of nuclear medicine, focusing primarily on the concept of radioactivity. The major modalities in nuclear medicine imaging are described in Chapter 8, which covers planar scintigraphy, and Chapter 9, which covers emission computed tomography. Part IV covers ultrasound imaging. It begins in Chapter 10 with a brief presentation of the physics of sound, and continues in Chapter 11 with the various imaging modes offered within this rich modality. Part V covers magnetic resonance imaging. Chapter 11 presents the physics of nuclear magnetic resonance, and Chapter 12 continues with a presentation of various magnetic resonance imaging techniques. We have used drafts of this book for a one-semester upper-level/graduate course on medical imaging systems. In order to cover the material in one semester, we routinely skip some material in the book and we move at a very brisk pace. We feel that this book could be used in a two-semester course as well, perhaps by covering Parts I-III in the first semester and Parts IV-V in the second semester. A two-semester approach would allow instructors to use supplementary materials for additional depth or to present current research topics. Medical imaging is very visual--just ask any radiologist. Although the formalismPrince, Jerry L., Jr. is the author of 'Medical Imaging Signals And Systems', published 2005 under ISBN 9780130653536 and ISBN 0130653535.