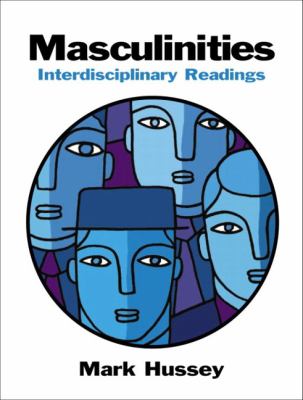 At the turn of the twentieth century, boys were often in the news. Two decades of attention to girls and women by researchers (e.g., Gilligan 1982, Pipher 1995) had catalyzed a growing recognition that similar research could benefit boys. Newspaper headlines spoke of "How Boys Lost Out to Girl Power" (Lewin 1998) and noted that "After Girls Get the Attention, 'Focus Shifts to Boys' Woes" (Goldberg 1998). Major U.S. publishers began to promote books on boys (Kindlon 1999, Pollack 1998, Garbarino 1999). Reviewing the academic area of gender studies devoted to men, Kenneth Clatterbaugh noted in 2000 that "In the 1980s and 1990s, a flood of writings about men and masculinity by both men and women were published. Such writings now appear in every academic field" (883). "Issues have been discussed," Clatterbaugh continued, "men and masculinity have become subjects for ongoing study, and the ideas that have been tried and presented in a variety of media are still there for individual men to draw on and pursue in their own individual accommodations of how to be a man" (892). Stereotypical thinking about gender persists, however, in the United States and elsewhere, much of it rooted in popular notions of biology. Testosterone is often blamed for all kinds of antisocial behavior in boys, yet correlations between testosterone levels and aggression are at best dubious. A 1997 review of research concluded that there is "no evidence of an association between testosterone and aggressive behavior" (Tremblay 1997), but the ideal of tough manhood prevails and "boys will be boys" is a mantra in playgrounds and classrooms across the country. Confusingly, alongside the ideal of tough, stoic males another has taken shape, of the nurturing, sensitive "new" man. The mother of an 18-month-old male is reported as saying "It's politically incorrect to be a boy" (Rosenberg 1998). Myriam Miedzian recounts a conversation with a "sophisticated young mother of four," who told her "that while she and her friends didn't like their sons to play with guns, they still worried that if the boys didn't, if they preferred arts and crafts and dolls, perhaps they were developing homosexual tendencies" (Miedzian 108). Homophobia is one shaper of masculinities; another is racism; the cultures of everyday institutions also play their part--workplaces, classrooms, playing fields, families, religions, and organizations. If anything is clear, it is that masculinity is up for grabs. In the aftermath of the September 11, 2001, attacks on the United States, for example, two articles inThe New York Timesoffered within weeks of each other apparently contradictory reports on the state of American manhood. On the one hand, many of those who worked and died at the World Trade Center were described as belonging to "a generation of men who defy cultural stereotypes" by being deeply involved in the lives of their children (Gross). On the other hand, the iconic figure of the rescue worker was seen as heralding "the return of manly men": "After a few iffy decades in which manliness was not the most highly prized cultural attribute, men--stoic, musclebound, and exuding competence from every pore--are back" (Brown). Neither of these images is satisfying, and neither corresponds to the complexities of how gender is lived in the United States at the beginning of the twenty-first century. To describe gender as socially constructed has become commonplace in the academy during the last twenty-five years. For students entering university, however, the distinction between sex and gender can still be new and startling. Although the contributions of biology to the formations of gender should not be ignored, the enormous range of what constitutes "masculine" and "feminine" across various cultures and through various histories is evidence that gender is socially constructed. In many ways, gender is aninstitutionwithin which we are all raisedHussey, Mark is the author of 'Masculinities Interdisciplinary Readings', published 2002 under ISBN 9780130974549 and ISBN 0130974544.