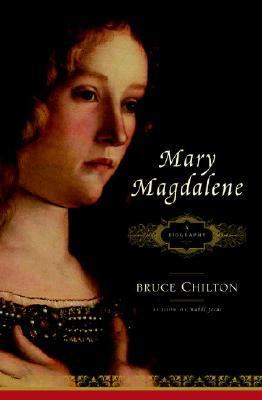 Chapter One Possessed * * * And there were some women who had been healed from evil spirits and ailments--Mary who was called Magdalene, from whom seven demons had gone out, and Joanna, Khuza's wife (Herod's commissioner), and Susanna and many others who provided for them from their belongings. Mary appears for the first time in the chronology of Jesus' life in this brief passage from Luke's Gospel (8:2-3). Luke indicates when she entered Jesus' life and why she sought him out. Jesus' reputation must have drawn her the ten hard miles from her home in Magdala to Capernaum, which is where he lived from 24 c.e. until the early part of 27 c.e. She probably came to him alone, on foot, over rock roads and rough paths, possessed by demons, her clothing in tatters. By my estimate, she sought him out in 25 c.e., after Jesus had become known in Galilee as a rabbi who opened his arms to people considered sinful and did battle with the demons that afflicted them. Jesus and Mary might conceivably have met when Jesus visited Magdala prior to 25 c.e., but there is no reference to that. If she had begun her journey from Magdala with a woolen cloak--coveted by travelers for shelter at night as well as covering in rain and cold--that and any leather sandals she wore might well have been stolen. Cloaks and sandals, however, were not within reach of every family: The poor had to make their way barefoot, warmed only by the thick flax of their tunics. We can only imagine the toughness of these Galilean peasants, by day outdoors, even in the cold winter rains and occasional snow of the region. Luke does not present Mary as the wealthy, elegant seductress of medieval legend and modern fantasy. In one vivid tale, frequently retold and embellished in the city of Ephesus in Asia Minor from the sixth century on, Mary was so wealthy that she was invited after Jesus' death to a dinner with Tiberius Caesar in Rome. She took the opportunity to preach of Jesus' Resurrection, only to be met with imperial derision. God would no more raise the dead, the emperor said, than he would turn the egg in Mary's hand from white to red. The egg immediately turned red. Orthodox Christians still recount this story at Easter, and Mary and her egg appear in the icons of Eastern Orthodoxy. Some modern scholarship has attempted to buttress the picture of Mary's wealth by playing on her association with Joanna in Luke's Gospel, since Joanna had married into the prominent household of Herod Antipas, the ruler of Galilee. In one recent reconstruction, Mary and the influential Joanna were friends and colleagues in business; Mary exploited Joanna's contacts and used her own wealth to host dinner parties at which she employed Jesus as a comic. Revisionist readings, like medieval legends, can divert and refresh our imaginations, but they also show us how much the Western religious imagination still wants a rich and powerful Mary to protect the poor, defenseless Jesus. But Luke's Gospel simply does not say Mary shared Joanna's status: It contrasts the two women. Among the women Luke mentions, Joanna, married to a government official, is aristocratic, perhaps wealthy, and well connected. Mary, on the other hand, doesn't have Joanna's status or connections. What she has are demons; no ancient text (nor any reasonable speculation) suggests that Jesus ever moved to Magdala or that Mary owned property there that she put at Jesus' disposal. * * * Luke does not indicate how old Mary was when she met Jesus, but she was most likely in her twenties, slightly older than he, mature enough to have developed a complicated case of possession (intimated by the reference to "seven demons"). The Gospels say nothing about her family. She was evidently unmarried at an age when one would expect a woman to have settled and produced children. Given Mary's demonic possession, there is little mysChilton, Bruce is the author of 'Mary Magdalene A Biography', published 2005 under ISBN 9780385513173 and ISBN 0385513178.