Man Called Cash The Life, Love, And Faith Of An American Legend 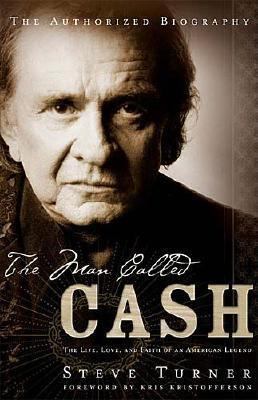 Chapter One First To Cross When Johnny Cash lost his wife June Carter in May 2003 the public took a sudden deep breath. Surely it was Cash who should have died first. It was he who had subjected himself to an extensive catalog of physical abuse. It was doubtful whether he had a bodily organ that hadn't been operated on, an area of skin that hadn't been gashed or a significant bone that hadn't been cracked. It was he who had overdosed on drugs, been pulled out of car wrecks and even undergone triple bypass surgery. Even though he was June's junior by two and one-half years, everyone assumed he'd be the first to go. That's the way he wanted it, if they weren't able to go together. And when it's all over I hope we will go together I don't want you to be alone, you know. (I Love You Tonight, 1993) The obvious question on everyone's mind was, "How will he cope now that she's gone?" The couple's mutual devotion was legendary-it had become impossible to imagine one without the other. In the days when he was physically tough the loss of his wife would have been a devastating blow that would probably have sent him straight back on pain-killers, so how would he manage now that he was frail and sick? Would he lose his faith? Would he ever record another song? Would he die of a broken heart? His most recent single, a cover of Trent Reznor's "Hurt," had sounded like the final breath of music by a man admired for his honesty and self-disclosure. Although written about the pain of heroin addiction, Cash had appropriated the song's gritty imagery, masterfully turning it into a melancholy meditation upon his own mortality. The promotional video, directed by Mark Romanek, endorsed this interpretation through selected flashbacks of Cash's public life and lingering shots of the derelict and flood-damaged House of Cash museum where once-prized trophies now lay discarded and broken. Reznor may well have had junky squalor in mind when he coined the phrase "my empire of dirt," but Cash's weak and wavering voice imbued new meaning. All empires eventually end in dirt, in dust-even show-business empires. As a Bible-loving Christian, surely Cash recalled the words of Jesus: Do not store up for yourselves treasure on earth, where moth and rust destroy, and where thieves break in and steal. But store up for yourselves treasures in heaven, where moth and rust do not destroy, and where thieves do not break in and steal. For where your treasure is, there your heart is also. (Matthew 6:19-21) The video frequently cuts from Cash's ravaged features, as he sings and plays guitar, to clips of the swaggering, powerful, dark-haired man he had once been. Here was Cash at San Quentin; Cash waving from the firebox of a steam train; Cash fooling with June in the back seat of his RV while on tour. The truth of fading beauty, forgotten earthly achievements, and broken human bonds, powerfully and yet wordlessly seeps from the screen. For viewers, Hurt, lived up to its title, producing at least a lump in the throat, possibly even a tear in the eye. The video peaks emotionally with Cash singing: What have I become, my sweetest friend? Everyone I know goes away in the end. As he delivers these lines, the view cuts to June, standing at the foot of a staircase watching him with conflicting emotions of admiration and pity, wonderment and sorrow etched across her face. What indeed had her man become? In actuality, old, grey, feeble, partially sighted, and diabetic. Throughout it all though, she had remained, undoubtedly, his sweetest friend.Louise, their oldest sister, had suffered the ills of pancreatic and liver cancer since July 2002. Three hours earlier she had died at her home in Hendersonville at the age of seventy-nine. Hers was the first death in the immediate Cash family for almost ten years. The funeral of Margaret Louise Cash took place at College Heights BaptiTurner, Steve is the author of 'Man Called Cash The Life, Love, And Faith Of An American Legend', published 2004 under ISBN 9780849918209 and ISBN 0849918200.