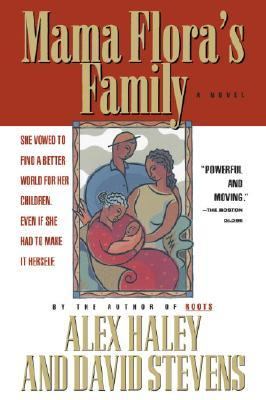 The sun was setting, and young Willie was not yet home. Flora, his mama, glanced out the window again, and felt an old, familiar knot in her stomach when she could not see him. She opened the door and called out through the fly screen. "Willie!" She counted to ten. The sun disappeared below the horizon. "Willie!" she called again, and could not keep the fear that disguised itself as anger from her voice. "You hear me callin' you, boy? Willie!" Still there was no sign of him, but she could see the setting sun, and it was her enemy, the coming of darkness scared her. Daylight was no friend to her, or to any black she knew, but night was a frightening place. Bad things happened at night. All the woes of Flora's life had happened at night. Her grandparents, who had been slaves, called night the Devil's Time, and told of the many slaves and, later, free blacks who had simply disappeared at night, never to be seen again. In many ways her grandparents thought freedom was worse than slavery, because at least as slaves they had been of value to their massas, if only as livestock. When freedom came it brought with it the dark riders of the night, who swept down on blacks for slights real or imagined, and carried them away, to burn or hang or drown. Flora's earliest nightmares were of the silent screams of thousands upon thousands of vanished dead crying out from the mighty Mississippi, which had been their watery, unwanted grave. The Delta Lullaby, her gran'ma called it, and it gave Flora a focus for her fear, and it was white. Raised on this fear, and in the belief that she was safe only among her own kind, she had no armor against Lincoln, who was her own kind, and who had come to her at night. Lincoln had charmed her into giving away her most precious possession, and when the child was born, he had stolen him from her and banished her from home. The train that took her away from Mississippi left at night. Flora had waited at the depot at midnight, with only her mama and her younger sister, Josie, beside her to wish her farewell. Her pappa was long gone, no one knew where, North, probably, to Chicago or Detroit, and her grandparents were old and infirm. Flora had grown up in a tiny settlement of less than fifty people, and she could not bear the thought of arriving, alone and friendless, in a big city like Memphis. In the early morning the train pulled into Stockton, in Tennessee, and Flora made her decision. She got off the train and made her way to the church, where the preacher's wife found her a room in a cheap boardinghouse. Flora took what work she could find, cleaning at the hospital, doing laundry and ironing shirts for white folk, or planting and picking cotton in the seasons. The people at the church were friendly, and Flora settled into a semblance of life, but she always locked her door at night. Because of Lincoln she distrusted men, and for five years she lived without close contact with them, except for Reverend Jackson. Then she met Booker. A fine, handsome sharecropper, Booker was, if only in golden memory, the man of a young woman's dreams. They married, and for a while Flora was happy. Night took Booker from her, soon after their son Willie was born. Their tragedy was not of their own making, for no two people could have struggled harder to carve out something from almost nothing, from the wispy, white gold cotton that sustained them at subsistence level. Their tragedy was that they were poor and black in a world ruled by whites, and they had no way to escape from either condition. Willie was another mouth to feed with food they did not have. In their despair, they imagined a future bleaker than poverty. Booker was young and strong, ready to turn his muscle to anything that might earn money, but winter in a Southern country town is a mean provider. Booker drifted to the twiligHaley, Alex is the author of 'Mama Flora's Family' with ISBN 9780440614098 and ISBN 0440614090.