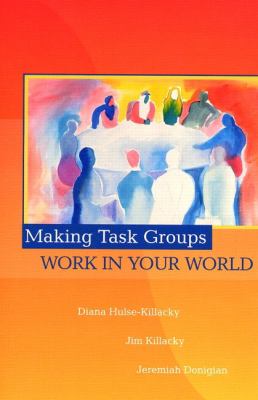 Preface The annual meeting of the board of the directors of the small-town volunteer rescue squad was scheduled for 7:00 PM. The meeting usually consisted of two meetings: one in which the outgoing board members were retired and the incoming members voted in; a second in which the new board assumed its position, elected officers, and moved on with the work at hand. At this gathering were some 20 people, including six new board members, five rescue squad volunteers, and nine existing board members (six of whom would be retiring). During the first meeting, the new board members sat quietly while the others conducted business, going through a lengthy series of annual reports, old business, and the election of the new board. The second meeting finally began at 9:15 PM. At 9:25 PM., for the first time that evening, the new members were asked to briefly introduce themselves. One of the new members (who also happens to be a co-author of this book) thought, "This is a terrific example of why people avoid or burn out on public service. Now I know firsthand what we mean by the need for effective task groups." Half a dozen new, enthusiastic, excited, and interested members had arrived to take their place in supporting this vital public service; and by the time their presence was acknowledged, they were tired, the meeting had lasted much later than they had been led to believe, and many of them felt like rubber stamps for a chair who was pushing his agenda as if no one else in the room existed. Such experiences are all too common in groups, organizations, agencies, schools, and communities across the country. People are bored in meetings, time is wasted, and often nothing seems to get done despite hours of discussion, debate, and sometimes rancorous arguments. We are told that civic responsibility is a thing of the past. People run for local and regional offices on one-issue campaigns that are frequently more exclusionary than inclusionary. In many parts of the country, getting people to run for local or regional elected offices is a daunting task. And while the concepts of community, collaboration, cooperation, and communication are widely trumpeted, their actual practice in our day-to-day community lives is not as common as some yearn for. Our collective work over the past three decades leads us to offer this book to those who believe that effective task groups can indeed move society in positive directions. Perhaps now more than ever, task groups are a fact of life in volunteer, community, professional, work, political, and educational settings. A central key to their future effectiveness, and therefore to people's willingness to proactively participate and move society forward, is the way they are organized and run, especially given increasing competition for time and commitment to task group activities. This book is centered around the notion that process (the way we conduct our groups) and content (what we want to achieve) need to be balanced. This balance is attainable if we make the concepts of warm-up, action, and closure the guiding principles for running task groups. To make these concepts come to life, we have drawn together a rich and diverse group of people who share their stories on the application (or lack thereof) of these concepts in a wide range of settings. In Chapter 1 we present our assumptions about task groups. The chapter also introduces six scenarios with fictional leaders. These situations, drawn from a composite of real-life experiences, are used throughout the book to illuminate various elements of warm-up, action, and closure. In Chapters 2, 3, and 4, we focus on warm-up, action, and closure. In addition to using the scenarios introduced in Chapter 1, these chapters draw extensively on the words of the contributors. Writing specifically for this book, they share stories from a wide array of task groups to illuminate the value of warm-up, action, and closureKillacky, Diana Hulse is the author of 'Making Task Groups Work in Your World', published 2000 under ISBN 9780139060410 and ISBN 0139060413.