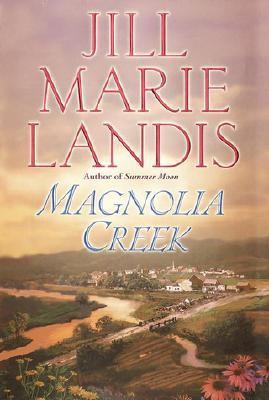 Southern Kentucky May 1866 A young woman clothed in widow's weeds rode in the back of a crude farm wagon and watched the landscape roll by through a cascading ebony veil draped over the wide brim of her black hat. The misty veil not only cast the world in an ominous dark pall, but hid her auburn hair, finely drawn features, clear blue eyes, and the swelling bruise that marred her left cheek. Her arms were wrapped around her daughter, a toddler with golden cherub curls who was bundled in a thick black shawl to protect her from a brisk afternoon breeze. Sound asleep with her head on her mother's shoulder, the little girl was as oblivious to the chill on the late spring air as she was to the utter desperation in her mother's heart. Sara Collier Talbot had traveled for days. She had walked south from Ohio along roads shredded by war, circumvented byways stalled by downed bridges and trails clogged with foot traffic, carts full of soldiers going home and liberated Negroes heading north. Carrying her child, Sara had begged rides in carts, on the backs of crowded wagons, atop piles of straw, wedged herself between barrels of dry goods. She had sold her other clothing to help pay for the mourning ensemble. She had no place to call home, no money, no pride, nothing but an old weathered satchel that held a fresh petticoat, two gowns for the child, a dozen saltine crackers, and the heel end of a stale loaf of bread. Her love child, Elizabeth, a child born of shame, was the only treasure she could claim. She shifted her precious daughter higher on her shoulder, stunned that fate had brought her home to Magnolia Creek. An unexpected breeze skimmed across the open farmland, teasing the edge of her veil as the sun raked the tops of the trees bordering the road. Behind the protective anonymity of the black veil, Sara contemplated the only other passenger besides herself and Lissybeth riding in the farmer's wagon. An ex-soldier still dressed in tattered gray wool, the remnants of a uniform of the once proud Confederate States of America, lay curled up in the far corner of the wagon bed. Sad-eyed, defeated, he was so thin that he resembled a skeleton far more than a man. With no more than a nod to Sara when she first climbed aboard, he had promptly fallen asleep. Thankfully there would be no small talk to suffer. A pair of scarred crutches padded with rags lay on the wagon bed beside him. He was missing his right foot. His cheeks were covered with sparse salt-and-pepper stubble, his sunken eyes surrounded by violet smudges. Sara sighed. In one way or another, the war had made invalids of them all. Looking away from the soldier, she stared out across the surrounding landscape: gentle rolling hills, yellow poplar, sycamore, oak, chestnut, walnut trees all gathered into woods between open fields now lying fallow. Here and there, trails of chimney smoke snaked up from the treetops, signs of cabins hidden in the wood. The Kentucky countryside had changed very little since she saw it last, but not so the look of the travelers along its byways. Before the war, back roads pilgrims were mostly farmers, a few tinkers and merchants, or families on their way across the state. The majority were war refugeesmany of them Confederate soldiers hailing from Kentucky, men banished and marked as traitors after the state legislature voted to side with the Union. Now, a long year after surrender, those men were still making their way back home. There were far more Negroes on the roads now. Former slaves who had feasted on the first heady rush of freedom, but now wearing the same disoriented look as the white casualties of war. They wandered the rural countryside searching for a way to survive the unaccustomed liberty that had left so many displaced and starving in a world turned upside down. Sara had spent nearly all she had to buy tLandis, Jill Marie is the author of 'Magnolia Creek' with ISBN 9780345440419 and ISBN 0345440412.