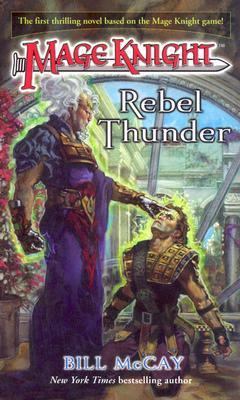 Blaize Audrick's son, Altem Guardsman of the Atlantean Empire, squinted in the bright sunlight beating down on the arena. It was hot in the padded practice jerkins he and his squad wore. But the brilliance was worse as it glinted off the raked sand underfoot, the rising ranks of polished marble seats, the huge crystal statues of beasts and warriors. The arena seemed like a vast, shining bowl, concentrating heat and light down upon them. "A bit easier to take from the stand than the sands," Blaize quipped. "As though you ever sat in those seats." Utem Guardsman Jacot leaned against his pike, hawked, and spat. Some Altems would have knocked down a subordinate for talking like that. Blaize merely shrugged. The guardsman wasn't in his usual squad, and it was doubtful that a thrashing would improve Jacot's performance in this practice bout. "I've stood at attention along those steps often enough," he answered mildly. "Have you ever stood guard . . . ?" Colass, the rawest recruit of the four guardsmen in the arena, nodded in awe toward the Imperial Box. "Oh, we broil often enough at the edge of the emperor's awning." Jacot's voice sounded even coarser than usual as he laughed. "The better post is up there." He gestured to an opening inset like a cave in the gleaming marble. "That's where the Prophet-Magus watches the games--when he deigns." Machau, the other pikeman, joined in the laughter. Blaize said nothing as he checked his crossbow. But he wondered at the orders that had brought them together--two barely competent Utems, a raw recruit . . . and himself. The command to appear here--and what weapons to draw--had caught them all at breakfast. It might be a punishment detail. The question was, for whom? "Looks like you've been demoted down to the level of us Utem Guardsmen, sir." Jacot's joshing tone didn't hide the nasty light of mockery in his eyes. "Guess the Powers hope you'll teach the boy something," he went on, gesturing at the weapons Blaize and Colass held. "Utem crossbowmen have their parts to play," Blaize replied easily. On the battlefield, the Atlantean army was as powerful a machine as any mage's Technomantic creation. Hollow squares of pikemen provided the basic defensive arm, protecting mage-officers with a wall of human flesh and spears. At each corner of the square, bastions of crossbowmen and specialist troops with Technomantic weapons provided ranged fire. And once the magic blasts, lightning, and mage-fire had broken the enemy's line, the pikemen dropped their polearms, following the Altem Guardsmen to finish the job with their blades. But an Altem Guardsman was supposed to be able to master any weapon found on the battlefield, so Blaize had practiced with crossbows and everything else available in the guardsmen's armories. Jacot's strongest weapon, on the other hand, is his mouth. Blaize kept that thought unspoken. It was never wise to argue with squadmates before combat--even practice combat. The fact was, Jacot and Machau looked like the awkward squad with their twelve-foot pikes. Spears that long weren't handy for guardsmen patrolling the cramped, twisting alleyways of Down Town. Short-hafted darts were better suited either as missiles or close-in weapons. And when reversed, their weighted ends worked well as truncheons on obstreperous Down-Towner heads. Blaize turned from the wobbling pikeshafts to Colass. At least the kid seemed to know which end of his crossbow the bolt flew from. Pikes were best against mounted troops, Blaize knew. So what would they be up against? Cavalry? Captured Orcs? At the far end of the arena, two sets of ironbound doors swung open, and Blaize got his answer. Mage Spawn--one tall and stocky, the other crouched and lithe. Both were covered in matted, filthy fur. ButMcCay, Bill is the author of 'Mage Knight 1 Rebel Thunder' with ISBN 9780345459688 and ISBN 0345459687.